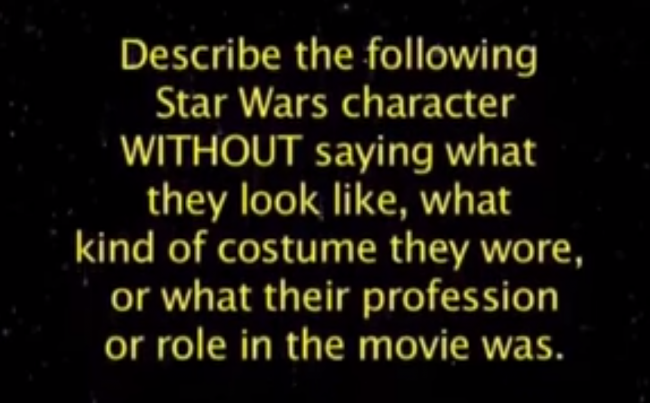 Game critic and writer Andy Kelly uses a clever test to identify if characters in video games he plays actually qualify as characters. This test is taken from Red Letter Media’s famous ‘Plinkett’ reviews, specifically the long-form review of The Phantom Menace:

Andy Kelly: I call it the Plinkett Test. To prove just how forgettable the characters in the prequels are, he asks a group of friends to complete the following mental exercise.

Describe the following Star Wars character WITHOUT saying what they look like, what kind of costume they wore, or what their profession or role in the movie was.

It’s a test that can be applied to video game characters too. It’s far from scientific, but it’s a good way to determine if a character is, in fact, a character, and not just someone defined by their appearance or actions. ⋮ To be clear, the Plinkett Test isn’t a method for determining if a character is a good character—just that they are one.