How Movie Trailers Manipulate You

Vice News: These promos are “that one form of advertising that you actually want more of,” explains Jon Penn, CEO of the National Research Group. And thanks to an increase in online availability, they’re also easier to find, watch, rewatch, analyze and share theories about.

This trailer boom has lead to an increase in the number of trailers being cut and a robust job market for professional trailer makers. More work can mean more competition, too, as a studio will often hire several vendors to work on the same trailer, picking their favorite as the face of their film’s campaign. That means trailer makers are constantly one-upping each other to be the most eye-catching and innovative of the bunch.

See also: How to make a blockbuster movie trailer and other posts tagged ‘trailers’.

How To Make A Blockbuster Movie Trailer

Auralnauts: We provide you with the winning formula that turns any trailer into the blockbuster smash hit of the season it was meant to be.

If there’s any movie that managed to deliver on the intensity and sustained visual interest of its trailer, it is Mad Max: Fury Road. For no particular reason–other than I really wanted to because I think about them all the time–here are the trailers for that film again.

(Personally, that final trailer is my favourite.)

“From director George Miller, originator of the post-apocalyptic genre and mastermind behind the legendary “Mad Max” franchise, comes “Mad Max: Fury Road,” a return to the world of the Road Warrior, Max Rockatansky.”

After surprising audiences with numerous cinematic twists over the years, Paramount Pictures and J.J. Abrams’ Bad Robot have pulled another fast one on fans with the trailer release of the studio’s mystery movie, which is tied to another Abrams hit.

During the casting process, the project was first titled “The Cellar” and then changed halfway through pre-production to “Valencia” before taking on it’s final name, revealing it to be “a blood relative of ‘Cloverfield.’” — Variety

The Problem with Trailers

Now You See It: Why do all trailers feel the same? How do great trailers stand out? Let’s look at the structure of trailers over time and see how they’ve grown, and why some are practically identical.

Other posts on this blog about movie trailers

The Inception foghorn; the bass drop; the ominous voiceover; the montage; the final gag.

Screen Rant: Nothing gets movie fans talking like an action packed trailer, which means the first public look at an upcoming film really can mean the difference between a runaway blockbuster and a box office disappointment. It’s not all that shocking that movie trailers – just like movie posters – have become an exact science, with the same colors, poses, and tricks used by every major studio. But once you take a closer look at blockbuster trailers, you may be surprised at just how similar they really are. Here are Screen Rant’s 5 Ways Movie Trailers Are All The Same.

The version that’s being released theatrically is the 2007 digitally remastered Blade Runner: The Final Cut, which is different to the 1982 original in a number of crucial respects. For example, it lacks both the tacked-on happy ending and the controversial Deckard voiceover (regarded by many as clumsy and unnecessary).

Blade Runner: The Final Cut also features myriad other changes, including tweaks to both edit and soundtrack, a dusting of new shots, and a number of “fixes” and upgraded visual effects, executed primarily by The Orphanage, supervised by Jon Rothbart, with additional shots supplied by Lola VFX. 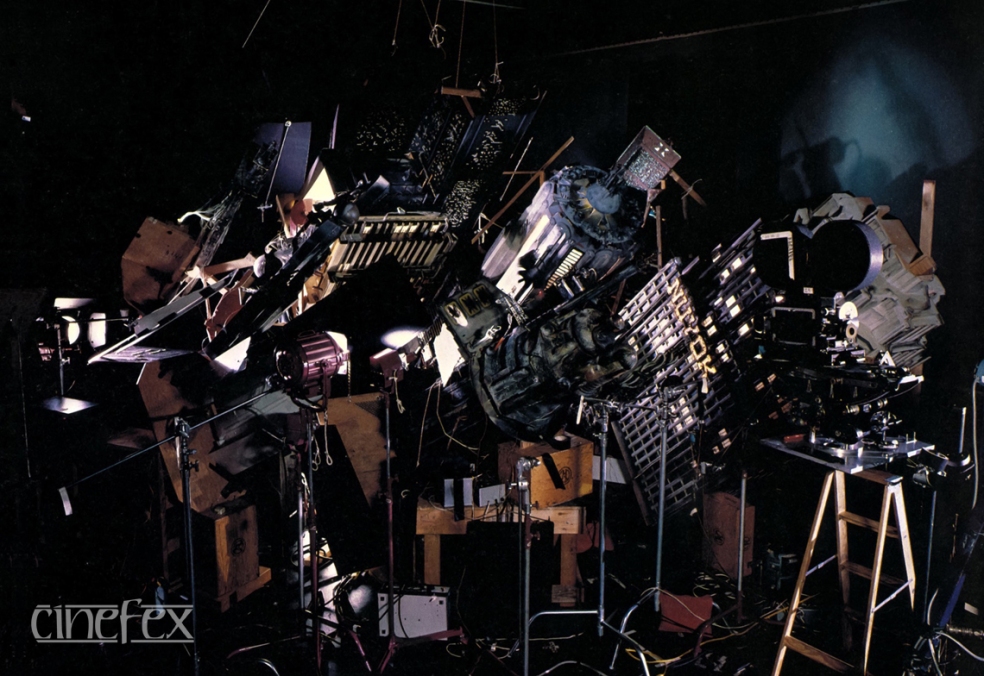 “In order to get aerial views of some of the cityscapes, the miniature structures were tilted sideways and aligned individually at varying angles so as to appear correct to the barrel distortion of the camera’s wide-angle lens. Numerous in-camera passes were required to balance external and practical lighting.”

Ridley Scott: “The Final Cut is my definitive version of Blade Runner, and I’m thrilled that audiences will have the opportunity to enjoy it in the way I intended – on the big screen. This new trailer captures the essence of the film and I hope will inspire a new generation to see Blade Runner when it is re-released across the UK on 3 April.”

How To Start Your Game Development

Making your first game can be difficult. Remember that your goal is to make a game, any game, not necessarily a complex game like the ones professional teams of game developers in a studio can produce. By starting small and focusing on the basic gameplay, a new game designer can learn a lot about their skills and build on that for their next game (or the next version of their first game). That way, you can actually complete a playable game instead of getting stuck on the details as so many first time game makers do.

END_OF_DOCUMENT_TOKEN_TO_BE_REPLACED

I love trailers. Sometimes I’ll go back and watch them again, just for the excitement they capture so well. These are just a few of my favourites from recent years. Some give away too much of the story or too many moments from the final act. Some of the movies ended up not being very good. I don’t care about all that: these are still great trailers.

I think I may have been one of the few people to be relatively disappointed with Inception, but the later trailers had me really curious to see it. Of course, it’s become famous for the ‘Inception horn’ sound, some variant of which has been used in almost every action trailer since.

An emotional, rich and exciting five minute epic of a trailer that almost feels like a movie in its own right.

END_OF_DOCUMENT_TOKEN_TO_BE_REPLACED

The Akira Project is a crowd-sourced, non-profit project meant to create a live action fan trailer of AKIRA, the renowned manga-turned-anime film from the late 1980s

The History of the Movie Trailer

Some people consider them the best part of the movie going experience – the Movie Trailer. Take a look at the evolution of the “coming attractions” from simple silent film splices, through the template style of the Golden Age of Hollywood, through Auteurs and finally into the Blockbuster era.

Hal Douglas, whose gravelly tones graced famous trailers for films such as Forrest Gump, Philadelphia and Lethal Weapon, has died. He was 89.
The Guardian

We don’t allow half a million kickstarters based on our ip without any deals in place.

Tragically, it seems that Brandon Laatsch didn’t ask Mojang for permission to make his Minecraft film. The Kickstarter campaign has been cancelled, the videos that I published here have been pulled from YouTube (though the trailer can still be seen on the Kickstarter page) and there has been no word from Brandon either via Kickstarter update or his Twitter account. All a bit of a shame really, especially as the film had already raised 10% of the $600,000 required in under one day and Brandon would certainly have been able to deliver a pretty cool film.

END_OF_DOCUMENT_TOKEN_TO_BE_REPLACED

Eterna, a mega-trailer produced by someone with dubious taste in movies, but an eye for epic moments.

Official Trailer from Comic Con for Cosmos: A Spacetime Odyssey

More spaceporn. Laughably dramatic in places, but I’m eager to see it. Personally I find Neil deGrasse Tyson to be a poor man’s Carl Sagan though.

The animated sequences look very cool too. I’m curious to find out how this shot fits in: Peter Suderman writing for Slate on the 2005 screenwriting book that’s taken over Hollywood—and made every movie feel the same.

It’s not déjà vu. Summer movies are often described as formulaic. But what few people know is that there is actually a formula—one that lays out, on a page-by-page basis, exactly what should happen when in a screenplay.

The Save the Cat! Beat Sheet

Or: How the future became the past

The first thing that struck me about the trailer for Gravity was how beautiful and terrifying it was.

My second thought was how sad it was to see the space shuttle.

In 1968 Stanley Kubrick and some very talented designers imagined a realistic space plane for 2001: A Space Odyssey.

In 1981 NASA made the dream a reality with the first space shuttle launch. 30 years later, in 2011, the shuttle made its last flight.

Disconnect claims to be a film that “explores the consequences of modern technology and how it affects and defines our daily relationships”, but Jeff Jarvis says it’s the Reefer Madness of our time.

END_OF_DOCUMENT_TOKEN_TO_BE_REPLACED

All big budget movie previews are the same. This is a song about how you make one. 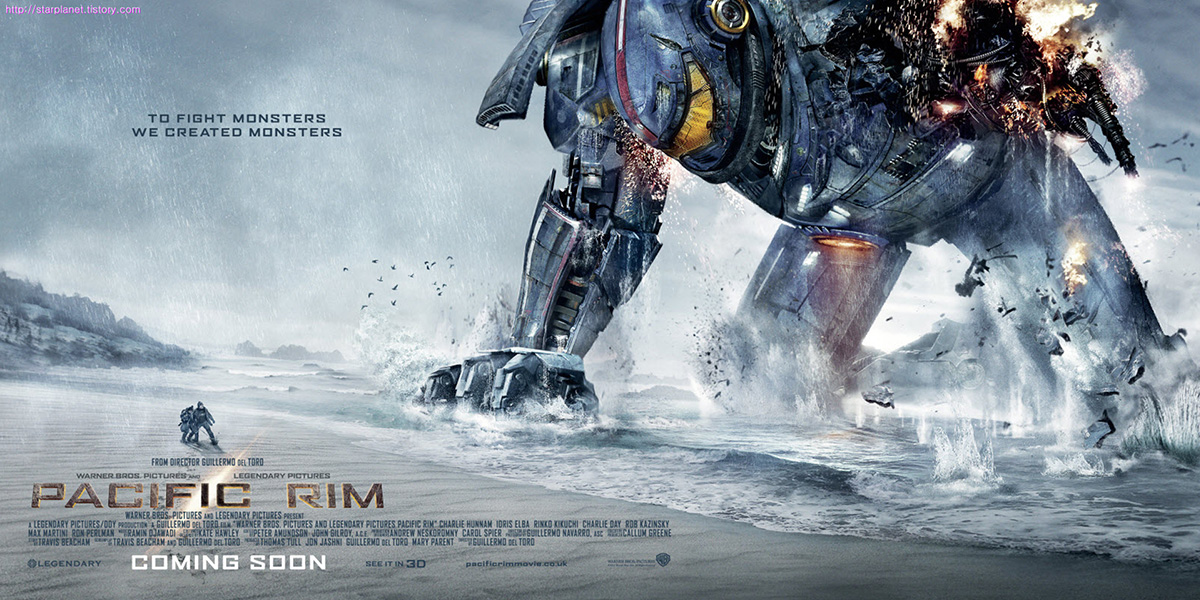 Zach Snider’s rebooted Man of Steel looks actually really interesting. Iron Man 3 should hopefully be a return to form, though the villan looks like he’s from the same mould as the second movie. The there’s Thor: The Dark World, which could go either way as I hear it’s going to have a very different look and feel to the first one, which I rather liked. I have suitably low expectations for Star Trek Into Darkness, which is to say I think I’ll really enjoy it but will still bemoan the fact that it isn’t real Star Trek.

2013 has already brought us Cloud Atlas, a flawed but entertaining and satisfyingly complex work. All signs point towards Ender’s Game being a quality adaptation too.

But for me 2013 looks like it could be a great year for the original SF action film. Of course, ‘original’ is a difficult word to apply to any Hollywood blockbuster, but below I’ve collected the posters and linked to the trailers for four non-franchise, non-remake, non-sequel, non-adaptation movies coming out later this year. 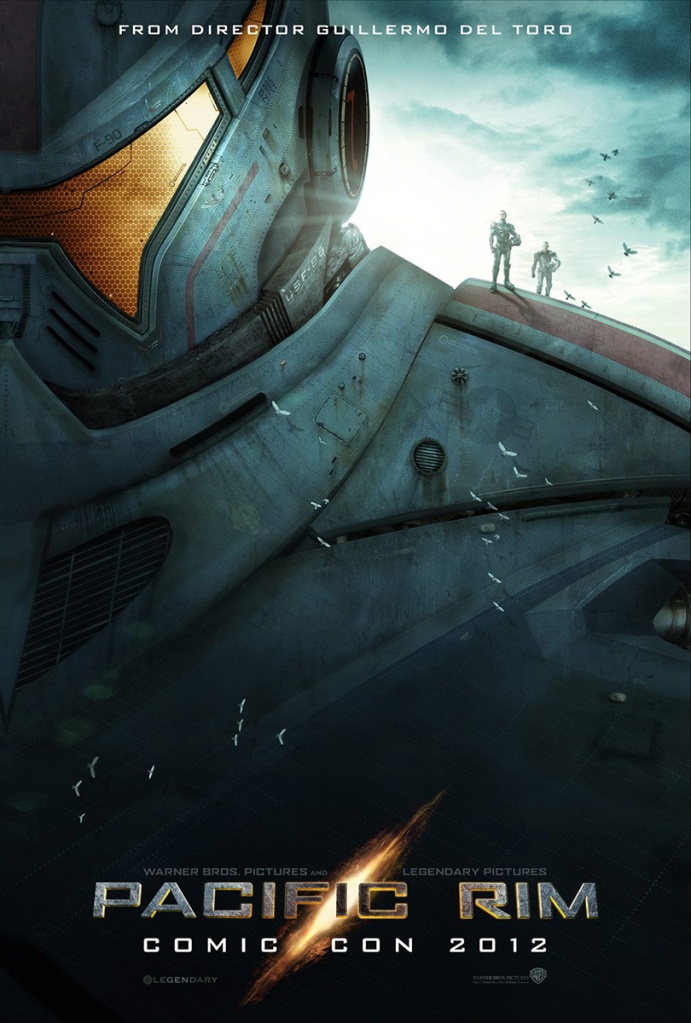 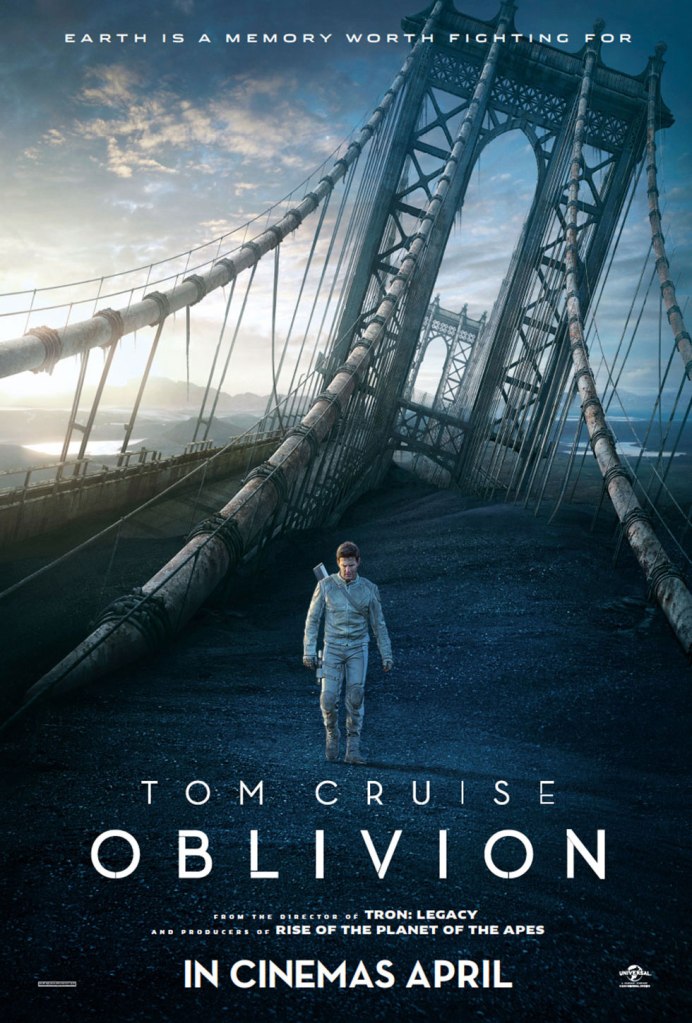 END_OF_DOCUMENT_TOKEN_TO_BE_REPLACED

2013 looks like it could be a great year for the original SF action film. Get excited for Oblivion, After Earth, Pacific Rim & Elysium.