Follow @Sockrotation
The Artiphon Instrument 1 has already raised over $600k of its $75k goal on Kickstarter, with 31 days still to go!

A guitar is designed to be strummed; piano keys are pressed; drum pads are tapped; violins are bowed. But what if a single instrument could be played with any of these techniques? That’s exactly what we’re creating – one instrument that lets you be the whole band.

It works with any music creation software that uses the MIDI standard, which is the universal language of digital music. MIDI has been around for over 30 years, and lets electronic instruments tell each other what notes to play and how they should sound. But don’t worry: we’ve made it easier than ever to get started making digital music; no acronyms required.

“A guitar is designed to be strummed; piano keys are pressed; drum pads are tapped; violins are bowed. But what if a single instrument could be played with any of these techniques? That’s exactly what we’re creating – one instrument that lets you be the whole band.”

It’s all a little hipster for my tastes, but I appreciate concept for this Nineteen Eighty-Four themed clothing Kickstarter. 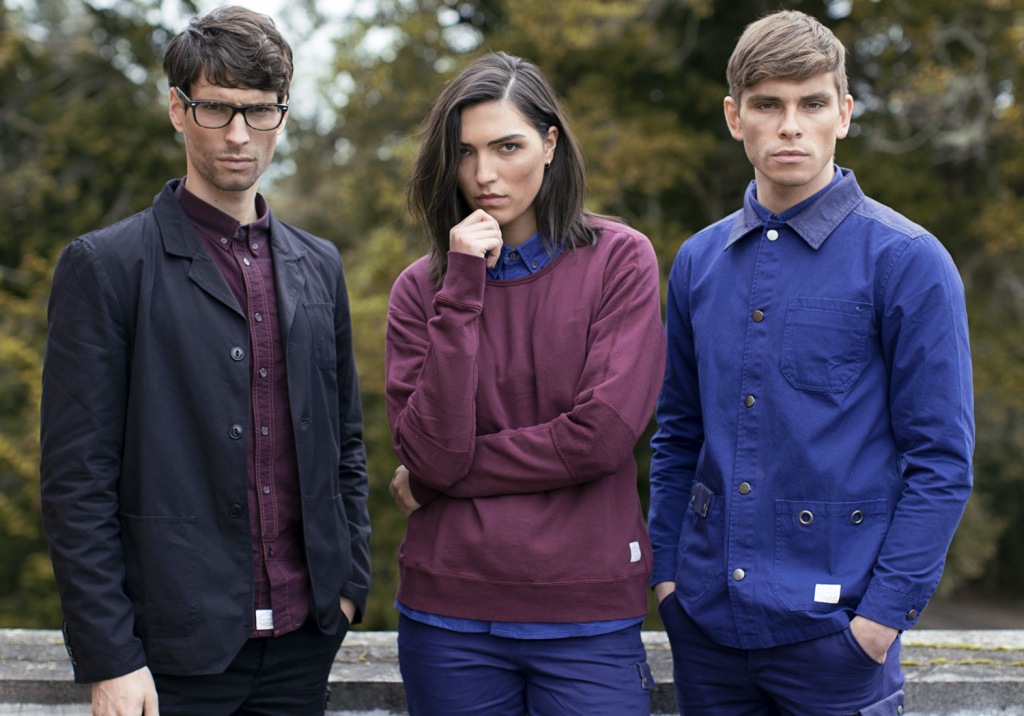 I particularly like the UnPocket, which protects the contents from water as well as surveillance… 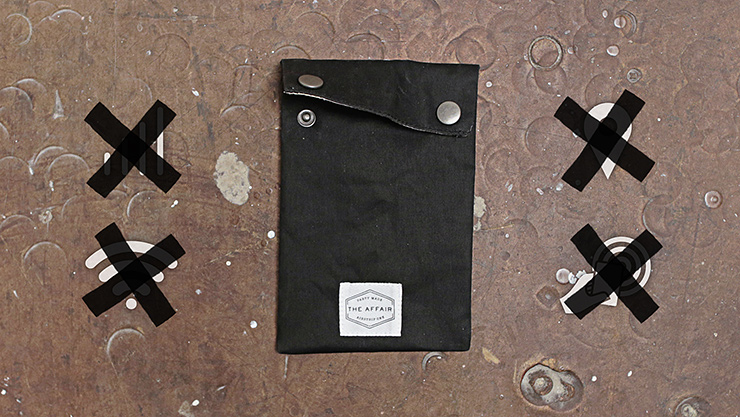 Every piece in the ‘1984’ collection is built around a removable stealth pocket made from police-grade shielding fabrics that securely block all Cell, WiFi, GPS and RFID signals to ~100 dB.

We’re calling it the UnPocket™ in homage to Orwell because it works much like Winston Smith in the bowels of Minitrue: simply pop your phone, passport and bank cards inside and become invisible to Big Brother within seconds.

I know a tin would probably do the job just as well, but I’m thinking of backing at the £18 level to just get one of these. 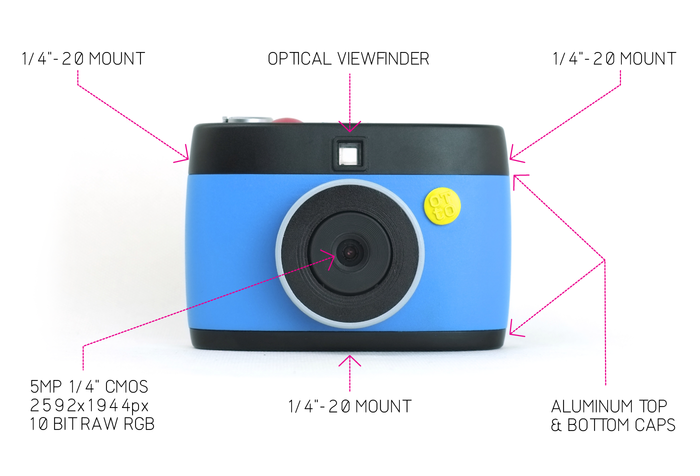 Meet Otto, a hackable GIF camera powered by a Raspberry Pi. It’s on Kickstarter now and costs either $149 or $199, depending on how quickly you get your pre-order in.

I think this could be the inspiration I needed for my own Raspberry Pi project!

END_OF_DOCUMENT_TOKEN_TO_BE_REPLACED

We don’t allow half a million kickstarters based on our ip without any deals in place.

Tragically, it seems that Brandon Laatsch didn’t ask Mojang for permission to make his Minecraft film. The Kickstarter campaign has been cancelled, the videos that I published here have been pulled from YouTube (though the trailer can still be seen on the Kickstarter page) and there has been no word from Brandon either via Kickstarter update or his Twitter account. All a bit of a shame really, especially as the film had already raised 10% of the $600,000 required in under one day and Brandon would certainly have been able to deliver a pretty cool film.

END_OF_DOCUMENT_TOKEN_TO_BE_REPLACED 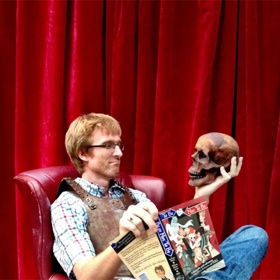 Slate’s Alison Hallett writes about and reviews Ryan North’s Kiskstarted “chooseable-path adventure” version of Hamlet, brilliantly titled To Be Or Not To Be: That Is The Adventure:

Thanks to media attention and a viral spread it became the most funded publishing project in Kickstarter history, surpassing its initial $20,000 goal by more than half a million dollars.

North’s campaign was very close to perfect, one that should serve as inspiration to anyone who wants to crowdfund a creative project: The concept was innovative; the reward tiers were thoughtfully designed; North communicated clearly and enthusiastically with backers at every step of the process; and the project not only delivered what was promised but improved upon the initial concept. As the book arrives in backers’ mailboxes this month, it’s worth asking: Is it a good book? Is it $580,905 good?
Outrageous Fortune – slate.com

Personally, as a backer I only care that it is $35 good. 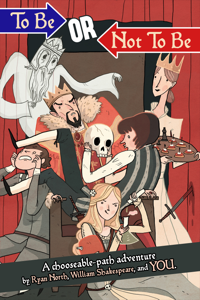 Kickstarter may not have any rules about how excess funds are used, but I imagine in most cases (like this one) that the scale of production grows larger by the same proportion and the funds are consumed that way. It’s not like North suddenly has half a million dollars burning a hole in his pocket.

Fun fact: North signed 13,200 paperback books. In one sitting he signed 4,340 books, thrashing the Guinness World Record figure of 1,951. That has to be worth something alone! 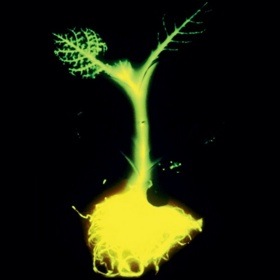 Popular Science is worried that by discouraging a promising science project, Kickstarter could be encouraging corporate monopolies, enabling sloppy legislation, and keeping cool glow-in-the-dark plants out of our houses.

On July 31, Kickstarter updated its guidelines to include this sentence: “Projects cannot offer genetically modified organisms as a reward.” That seems like a small and specific ban, but there’s a lot more going on here than that suggests: this is about the future of science funding, the future of agriculture, of bedroom experimentation and synthetic biology and the impact of all of that on nature. And it’s about whether Kickstarter has a problem with science.
Is Kickstarter Hostile To Science?

As an immortal King or Queen, you must unite your kingdom under a powerful dynasty, eliminate the demonic threat, and reforge the MASSIVE CHALICE!

The Veronica Mars film is a watershed moment in alternative methods of film financing. Together with Zach Braff’s successfully funded Garden State sequel a terrible precedent has been set, according to Alan Jones writing for the Toronto Standard (and I agree).

Filmmaking is an art, but it’s also a business. It’s a profit-seeking venture done by people and businesses with enough money to risk millions of dollars on a product that people may or may not want to see. Those who have donated to Veronica Mars have given over $5 million to Time Warner for an unknown commodity. Those who have donated money to Zach Braff have given millions to a millionaire for another unknown commodity.

Collectively, fans have said that it’s OK for rich people to eliminate the factor of risk when they make films.

Stop Giving Your Money to Rich People on Kickstarter – torontostandard.com

A minimalist wallet designed to hold just what you need. There’s space for 5-10+ cards, you can hang a key off the loop and tuck it under the elastic, or you can use the band to attach the wallet to your phone. It comes in a range of colours. 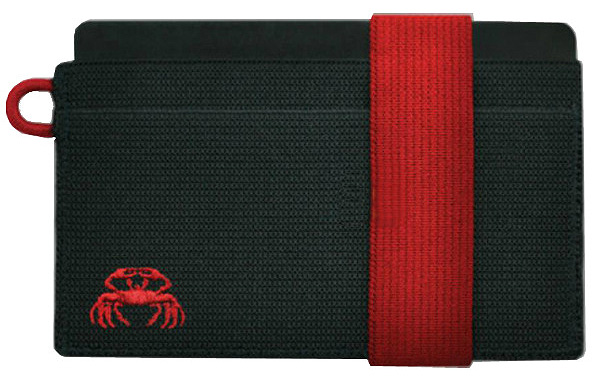 The CRABBY Wallet on Kickstarter