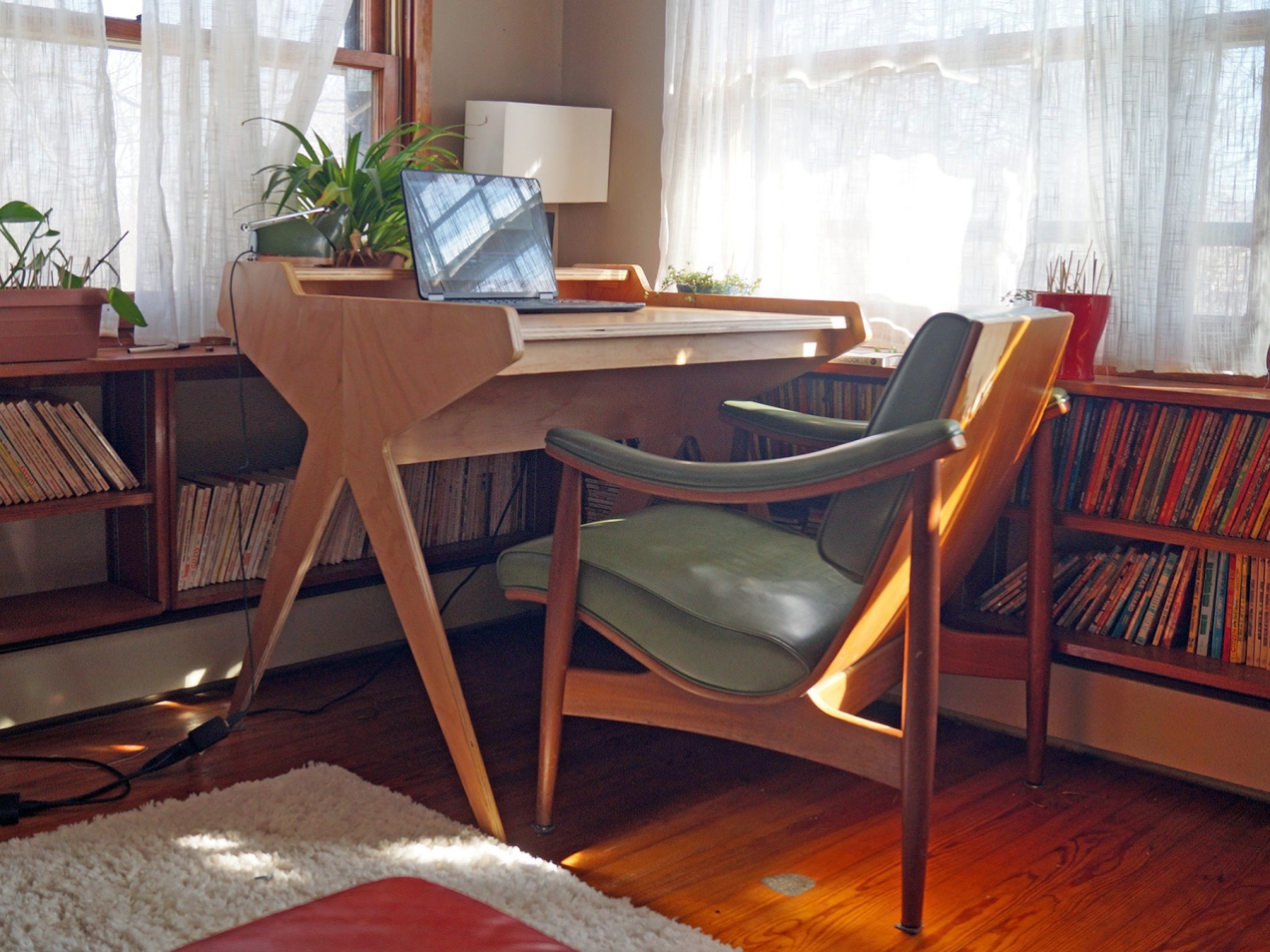 Is My Mid Century Modern Desk An Homage or a Cheap Knock Off?

Caleb Kraft for Make: I needed a desk for my office. Being a maker that is also loaded down with fancy tools, I couldn’t bear to go to the store and buy something. I decided I wanted to make something, and the design would have to be one that I wouldn’t mind looking at for long periods of time.

The big question at this point, however, is what to do with the files. Do I share them even though this is a knockoff of Helmut Magg’s work? 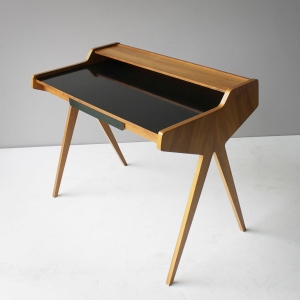 This is a lovely project idea and something I would very much like to do for myself.

This particular project raises some interesting questions as the desk is based on a fairly famous 50s writing desk designed by Helmut Magg. It and other similar Magg desks are still sold from licensed vendors for thousands of dollars apiece. There is also a pretty healthy knockoff market. Like the author, I think these kinds of designs are fine to use as inspiration for personal projects, but selling them — or even giving away the design blueprints — definitely puts you in a grey area. You’d probably be opening yourself up to a lawsuit, even if you were ultimately well within your legal rights.

In Autodesk Fusion360, I designed my own. This is where things start to get muddy. I looked at his, then put it away and designed my own. All my angles and measurements are actually different than his. However, I very obviously was designing something to look pretty much just like his.

In the summer of 2004, IKEA decided to change the way they produced their product images. They made the first tentative moves toward CG rendered, rather than photographic, images. Ten years later they have a bank of 25,000 models which they use to create around 75% of their product images. 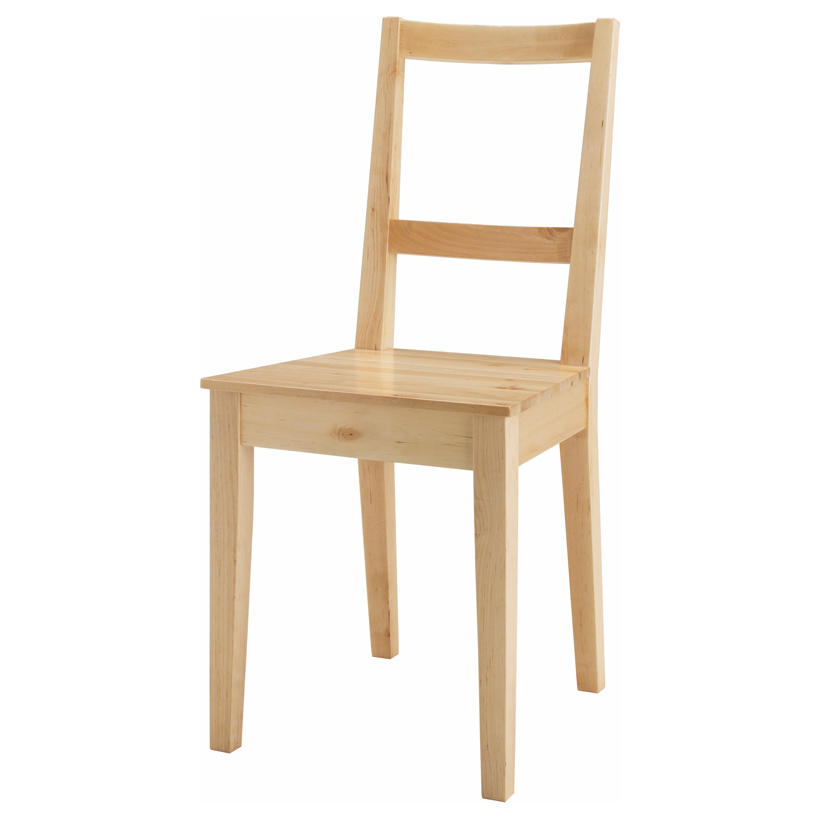 The IKEA team didn’t feel there was anything wrong with traditional photography, quality-wise. Like any company, they just wanted to make things easier for the team to work on.

About 35% of all of IKEAs room images are also fully CG. 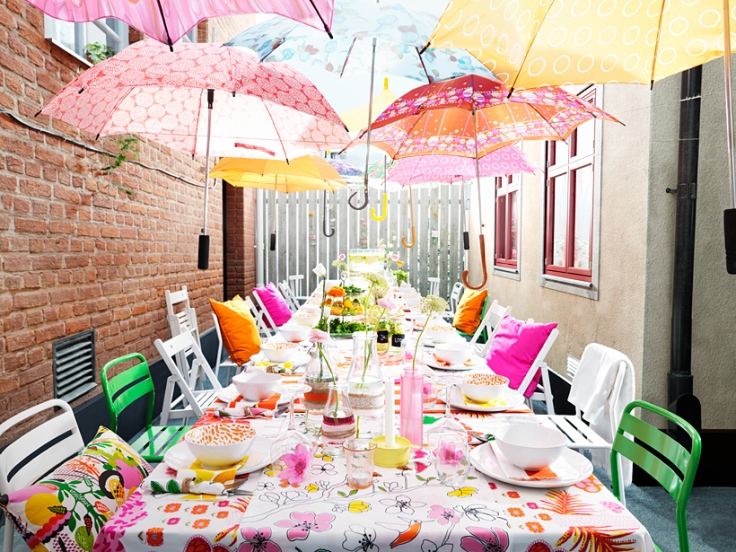 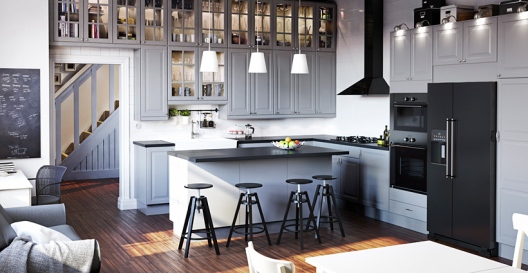 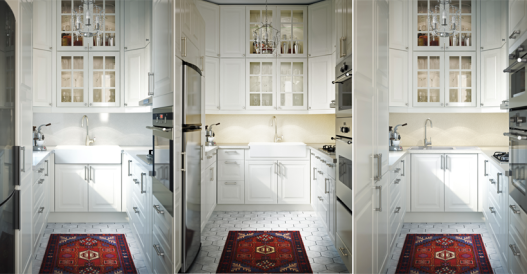 Martin Enthed, IT Manager IKEAs in-house communication agency: “The most expensive and complicated things we have to create and shoot are kitchens. From both an environmental and time point of view, we don’t want to have to ship in all those white-goods from everywhere, shoot them and then ship them all back again. And unfortunately, kitchens are one of those rooms that differ very much depending on where you are in the world. A kitchen in the US will look very different to a kitchen in Japan, for example, or in Germany. So you need lots of different layouts in order to localise the kitchen area in brochures. Very early on we created around 200 CG exchanges versions for 50 photographed kitchens in 2008, with the products we had – and I think everyone began to understand the real possibilities.”

‘When IKEA started to look at creating more than product images in 3D a few years ago, they already had a set look and feel for IKEA pictures. They wanted to keep the sense of reality and the feel of a “lived in” environment when moving over to digital workflow. They didn’t want their customers to see or even more importantly feel any difference.’ — Kirsty Parkin, CG Society