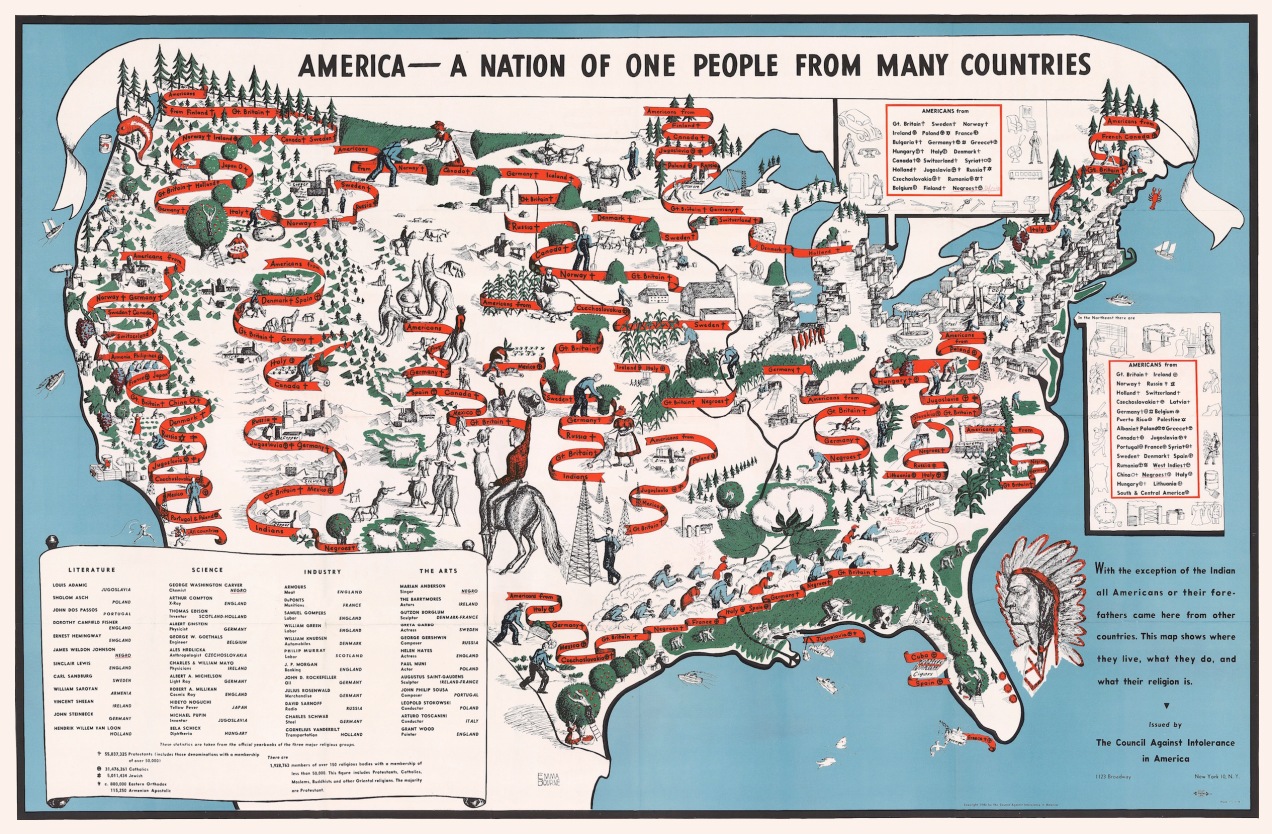 A Pretty 1940 Map of American Diversity, Annotated by Langston Hughes

Slate: This map, issued by the Council Against Intolerance in America in 1940, shows the ethnic groups living in the United States, offering a picture of their geographical locations, typical employment, and religious commitments.

The map omits state boundaries, opting instead to show the mix of ethnic groups by area. For heavily-populated areas, such as the Northeast or Chicago, pop-out keys framed with line drawings of people engaged in typical industries show the diversity of urban citizenry.

Altas Obscura: “Maps of this kind were not particularly common and especially not at this scale,” says Ian Fowler, the director of Osher Map Library at the University of Southern Maine, who notes that the physical map itself is quite large. “While this map does borrow stylistic elements from pictorial maps produced during the 1920s and ‘30s, it is very unique in its emphasis and display of information.”

The Council Against Intolerance, a New York group active from the late 1930s through the mid-1940s, was founded by left-leaning Jewish author James Waterman Wise. Wise is notable for having warned of the dangers of Nazism in several books as early as 1933. — Slate

Wendover Productions on the logistics of these huge military cities at sea.

The Dark Past of Sea Monkeys

Great Big Story: This is the story of how a tiny, magical creature was transformed into a cultural phenomenon by inventor, marketing genius and complicated eccentric Harold von Braunhut. Full of fun facts (both charming and disturbing), Just Add Water is a colorful short film about a half-century of marketing directly to children, the force of nostalgia in pop culture, and an unlikely meeting of flim-flam and hard science. A film by Penny Lane. 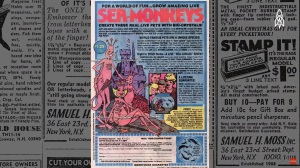 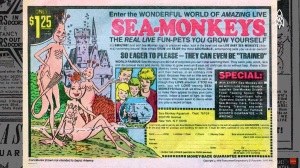 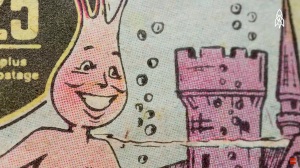 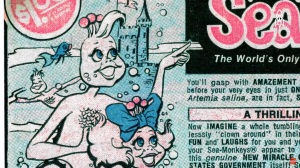 Entertain the Elk talks about the history of real world maps and the design of the fantasy maps for Lord of the Rings, Chronicles of Narnia and Game of Thrones.

Throughout history, maps have always communicated ideas and stories to its audience, but what about maps of fictional worlds? In this video, I examine the maps of Middle Earth (Lord of the Rings), Narnia (The Chronicles of Narnia), and The Known World (Game of Thrones) in order to find the tiny details the mapmakers chose to include that point to their larger stories.

Why this elbow is a Time Person of the Year

Vox: That elbow in the lower right-hand corner is attached to a young hospital worker from Texas, who anonymously reported her harassment for fear of the negative impact it could have on her and her family. It represents a much larger contingent than the women on the cover: the silence keepers. 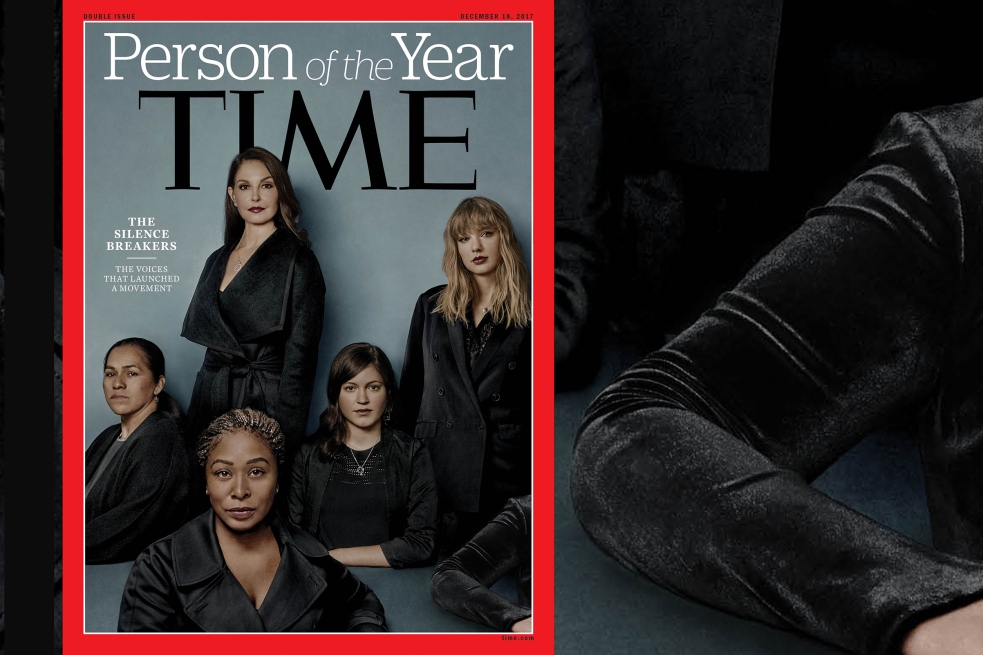 The Story Behind the Woman You Don’t See…

Time: The worker, who made a sexual harassment complaint anonymously, told TIME she remembers vivid details about what happened to her, and she couldn’t stop wondering whether she could have prevented the encounter. She said: “I thought, What just happened? Why didn’t I react? I kept thinking, Did I do something, did I say something, did I look a certain way to make him think that was O.K.?”

DICKS: Do you need to be one to be a successful leader?

Max Joseph: This is a question that has been eating away at me for a long time, so I decided to make a movie about it.

See also: The Peter Principle: the scientific reason everything is a bit shit

The Universal Declaration of Human Rights by Zen Pencils, a website where inspirational quotes from famous people are adapted into cartoons by Gavin Aung Than.

another beautiful story: In our latest episode, we speak to Melbourne based cartoonist Gavin Aung Than of Zen Pencils. ⋮ “A lot of people think I’m just living an exciting life, thinking of ideas and drawing, but being a cartoonist is a lot of hard work”. And while it may be hard work for Gavin to continually push out good quality comics, the cartoonist reveals in this video why his readers feedback, has in-turn made him find his calling.

“I quit my job without any grand plan, it was a big risk and one of the scariest things I have ever done.” – Gavin Aung Than

The Guardian: The civil rights pioneer and scholar is most famous for his book The Souls of Black Folk, but his use of data to show inequality is still profound today

Mona Chalabi has updated WEB Du Bois’ visualizations with recent data, while staying faithful to the design of the original illustrations.

I thought about DuBois while drawing these. Not just his outstanding craft (how did he manage to get those lines so straight? Those labels so neat?) but how he would feel to look at data 117 years later about the “present condition” of black Americans.

“Yes, the fact that black illiteracy has fallen to 1.6% does seem like progress. But even as late as 1979, illiteracy among black Americans was still four times higher than it was for white Americans.”

“The story is bleak. [Today] For every dollar a black household in America has in net assets, a white household has 16.5 more.”

“At first glance, this looks like another story of progress. It’s not.”

The civil rights pioneer and scholar is most famous for his book The Souls of Black Folk, but his use of data to show inequality is still profound today.

A map by Matt Brown at Londonist: In 2011, we put together a map showing the London area in Anglo Saxon times (roughly speaking, 500－1066AD). It’s pieced together from many resources, showing our guess at the roads, rivers, forests and marshland that characterised the region. 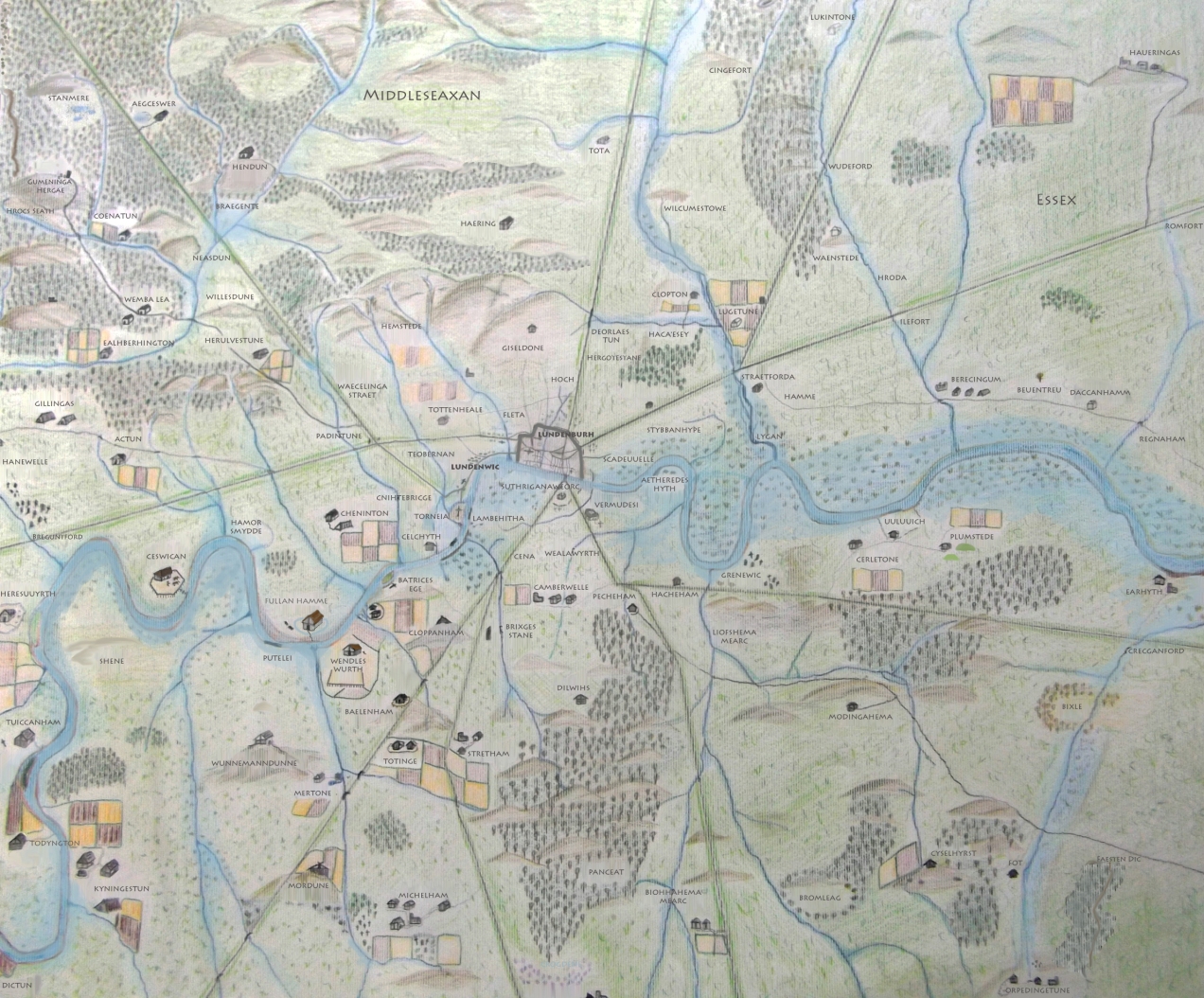 The main purpose was to highlight the many villages, hamlets and farmsteads whose names are still part of modern London. For example, the map shows ‘Wemba Lea’, the land belonging to a local chieftain by the name of Wemba. We know nothing about Mr Wemba, yet his name is familiar to millions, perhaps billions, through its continuation into our own times as Wembley. Similarly, Croydon is a corruption of Crog Dene, which meant something like ‘valley of the crocuses’. 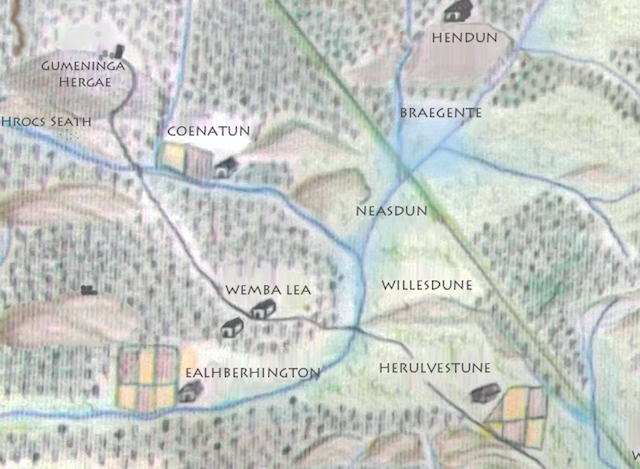 North-west London, with the ‘nose-shaped hill’ (Neasdun), Wemba Lea and the curling River Brent, which still flows through the area.

The map comes with a few caveats. We’re attempting to show a period of several hundred years in one map. Some features might not have been present for the whole of that time span, and names changed.

Amos Chapple (RFE/RL): With the sale of elephant tusks under close scrutiny, “ethical ivory” from the extinct woolly mammoth is now feeding an insatiable market in China. This rush on mammoth ivory is luring a fresh breed of miner – the tusker – into the Russian wilderness and creating dollar millionaires in some of the poorest villages of Siberia.

This 65-kilogram tusk, photographed a moment after it was plucked from the permafrost, was sold for $34,000. The two men who found it unearthed three more in just over a week, including one weighing 72 kilograms.

Some tuskers use the excavating power of the pressurized water to bore deep underground. Others carve enormous caverns under the frozen ground.

Ravaged landscape is the obvious result of the tusk hunters’ methods, but the impact on Yakutia’s waterways is far-reaching. 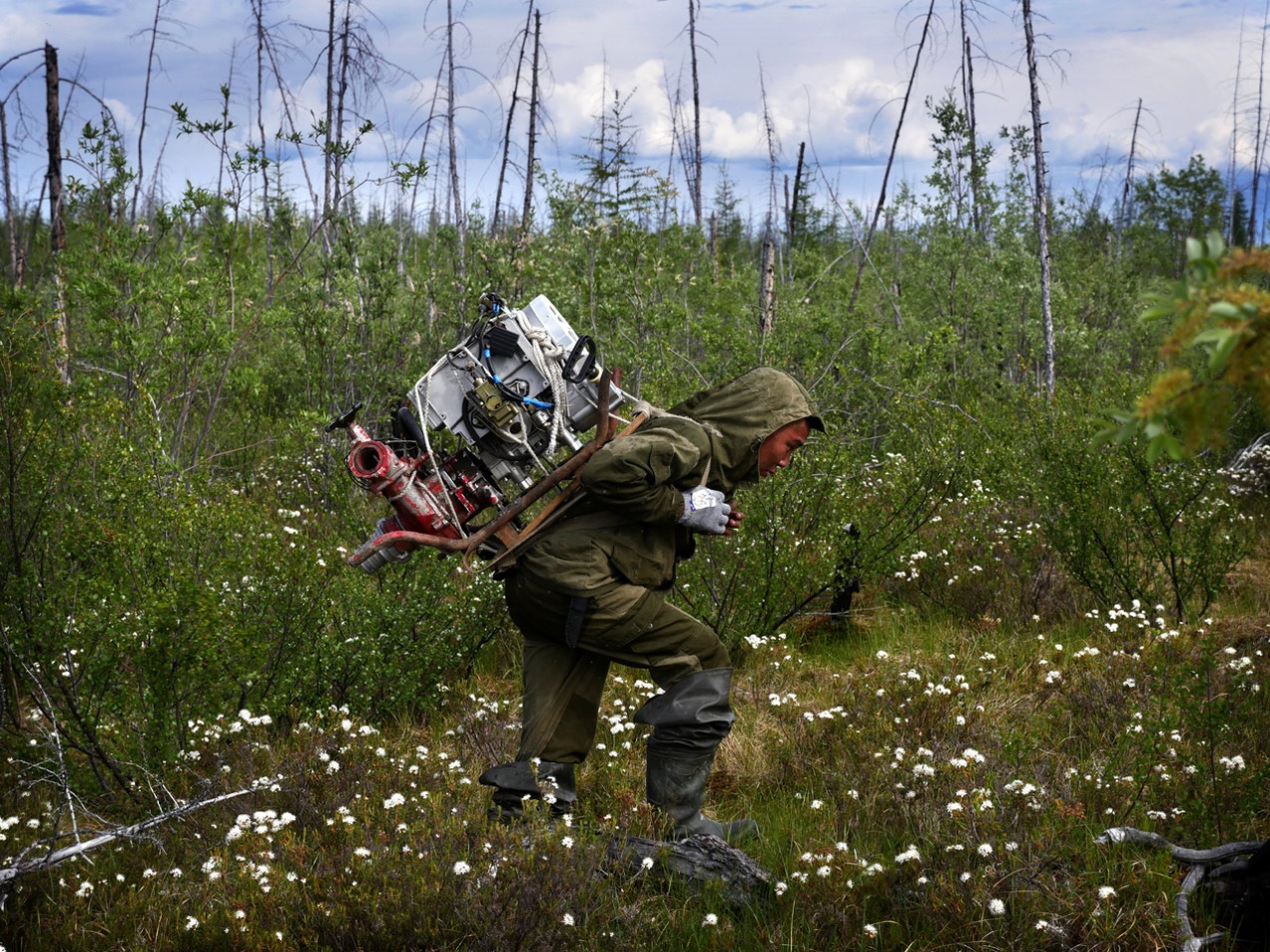 This young tusker converted the engine from a Soviet-era Buran snowmobile into a water pump.

Mosquitoes are a near constant plague. Only the coldest mornings offer an hour or two of relief.

On condition that he not reveal names or exact locations, RFE/RL photographer Amos Chapple gained exclusive access to one site where between bouts of vodka-fueled chaos and days spent evading police patrols, teams of men are using illegal new methods in the hunt for what remains of Siberia’s lost giants.

NASA: Join us for a fly-through of the International Space Station. Produced by Harmonic exclusively for NASA TV UHD, the footage was shot in Ultra High Definition (4K) using a fisheye lens for extreme focus and depth of field.

See also: Stunning 4K timelapse of Earth from the ISS

A hidden identity game for 5-10 players by Max Temkin, creator of Cards Against Humanity. The first production run was funded on Kickstarter and the game should be available to all soon.

Secret Hitler is a dramatic game of political intrigue and betrayal set in 1930’s Germany. Players are secretly divided into two teams – liberals and fascists. Known only to each other, the fascists coordinate to sow distrust and install their cold-blooded leader. The liberals must find and stop the Secret Hitler before it’s too late.

We’ve released the entire game as a free print-and-play project – you can download the game [PDF] and the rules [PDF].

In Secret Hitler, each player is randomly assigned to be a liberal or a fascist, and one player is Secret Hitler. The fascists know in advance who Hitler is, but Hitler doesn’t know who his fellow fascists are, and the liberals don’t know who anyone is. Since the liberal team always has a majority, the fascists must play like moles, gaining the trust of the liberals to sabotage their plans and make them suspicious of each other.

The first variant of the patch of the Russian-American-Brazilian crew of the Soyuz TMA-8 spaceship.

The patch of the Russian-French crew on the Cassiopée program, 1996–1997. On this mission, astronaut Claudie André-Deshays became the first French woman in space.

This patch is a variant used by the Soviet-Czechoslovakian crew, in 1978 for Soyuz-28. 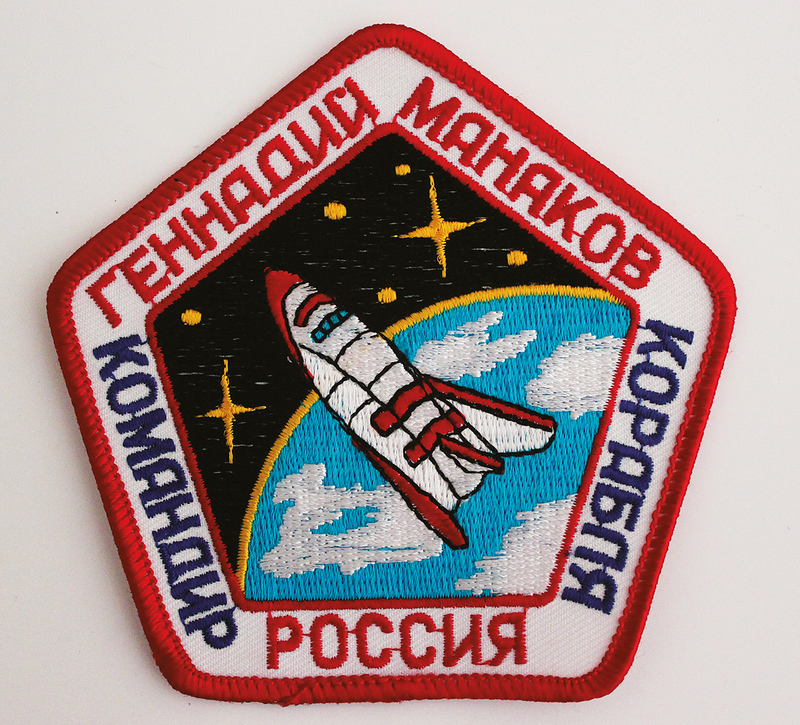 The personal badge of cosmonaut Gennadi Manakov, used in 1996.

Patch for the Apollo-Soyuz Test Project, the first joint flight between the Soviets and the U.S.