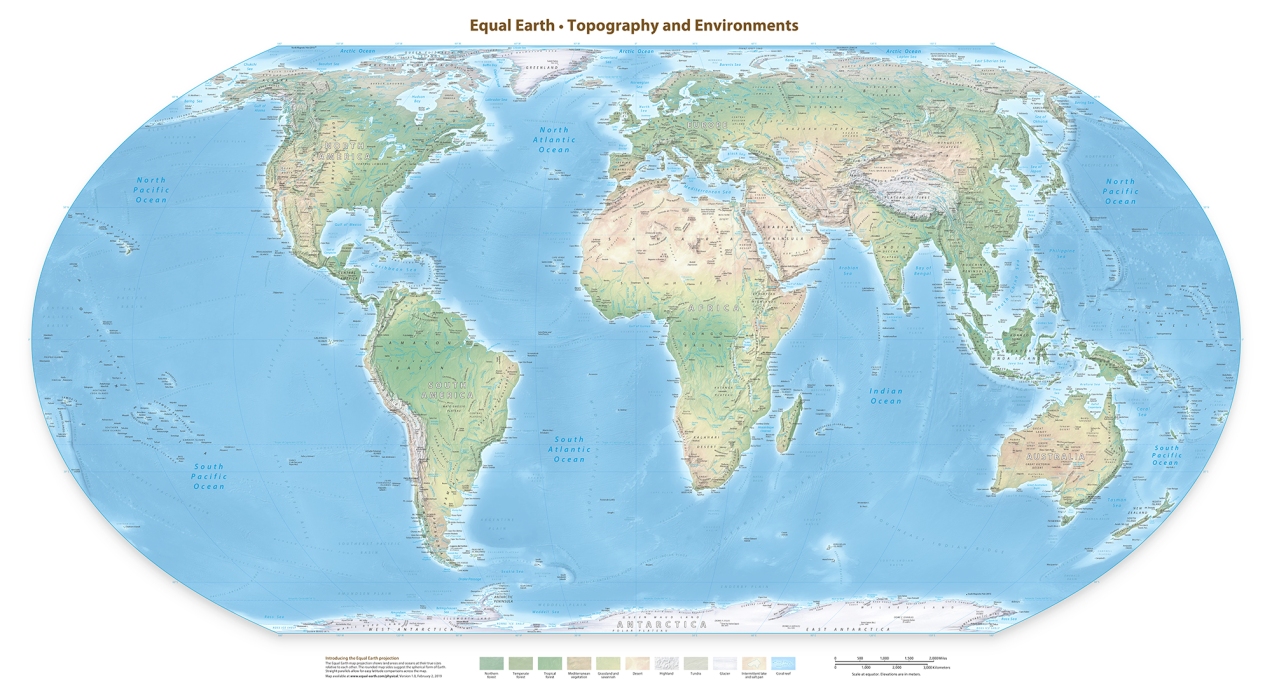 The Equal Earth Physical Map focuses on the natural world—terrain, rivers and lakes, vegetation, land cover, and the ocean floor—free of obscuring country boundaries. Because the map projection is equal-area, continents and oceans are shown at their true sizes relative to each other.

The Equal Earth Wall Map is in the public domain. You may use the map any way you like, including modifying the content, reproducing it on any type of media, and selling it for profit. Consider it as yours.

A closer look at the the European region of the E. Asia and Australia version of the political map.

Detail of the physical world map centred on the Bay of Bengal.

It is a companion to his earlier Equal Earth political wall map, which is also provided in three versions, each centred on a different regions: Africa/Europe, the Americas, and East Asia/Australia.

The Equal Earth Wall Map is for schools, organizations, or anyone who needs a map showing countries and continents at their true sizes relative to each other. Africa appears 14 times larger than Greenland as it actually is.

The Equal Earth map projection is a new equal-area pseudocylindrical projection for world maps jointly developed by Bojan Šavrič (Esri), Tom Patterson (US National Park Service), and Bernhard Jenny (Monash University). It was created to provide a visually pleasing alternative to the Gall-Peters projection, which some schools and socially concerned groups have adopted out of concern for fairness. Their priority is to show developing countries in the tropics and developed countries in the north with correctly proportioned sizes.