Even before modern times the Afro-Eurasian world was already well connected. This map depicts the main trading arteries of the high middle ages, just after the decline of the Vikings and before the rise of the Mongols, the Hansa and well before the Portuguese rounded the Cape of Good Hope. 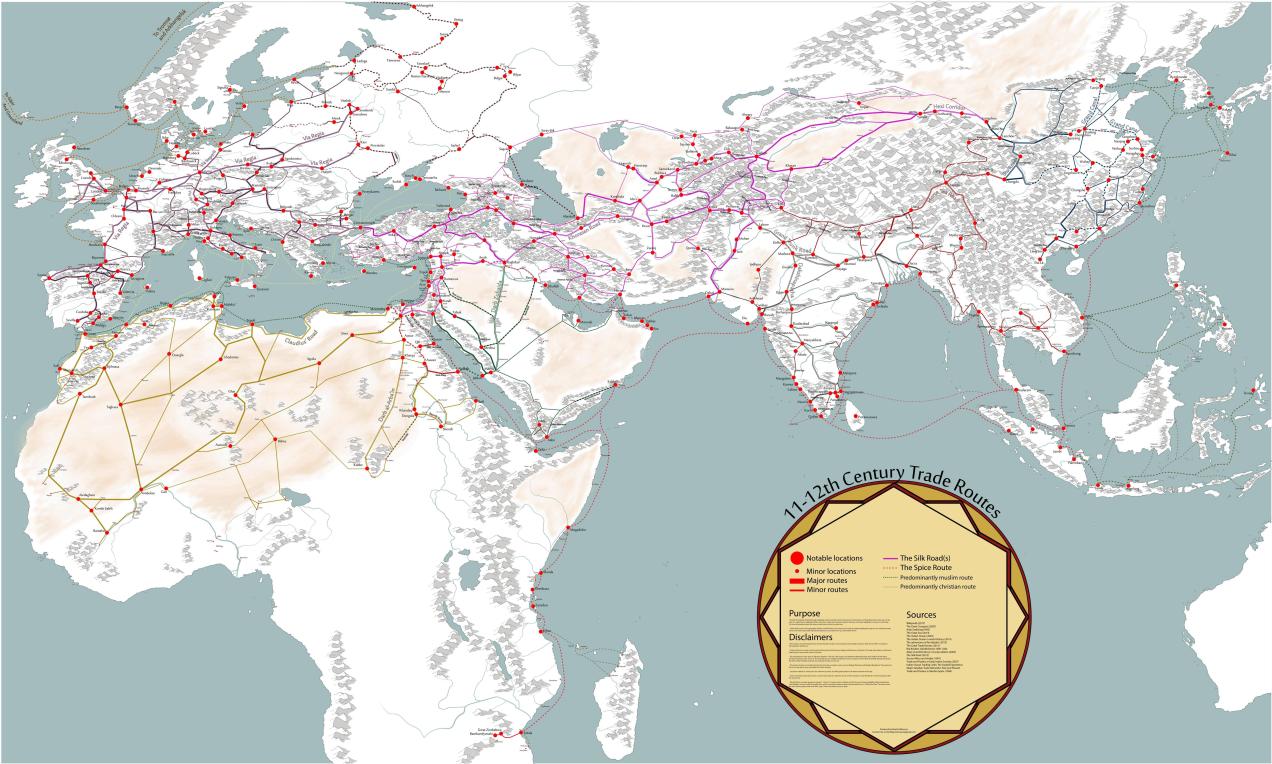 Credit for this map goes to Martin Månsson who posted this on /r/MapPorn, which has some interesting discussion.

The map also depicts the general topography, rivers, mountain passes and named routes. All of which contributed to why cities came to be, and still are, up until modern times. 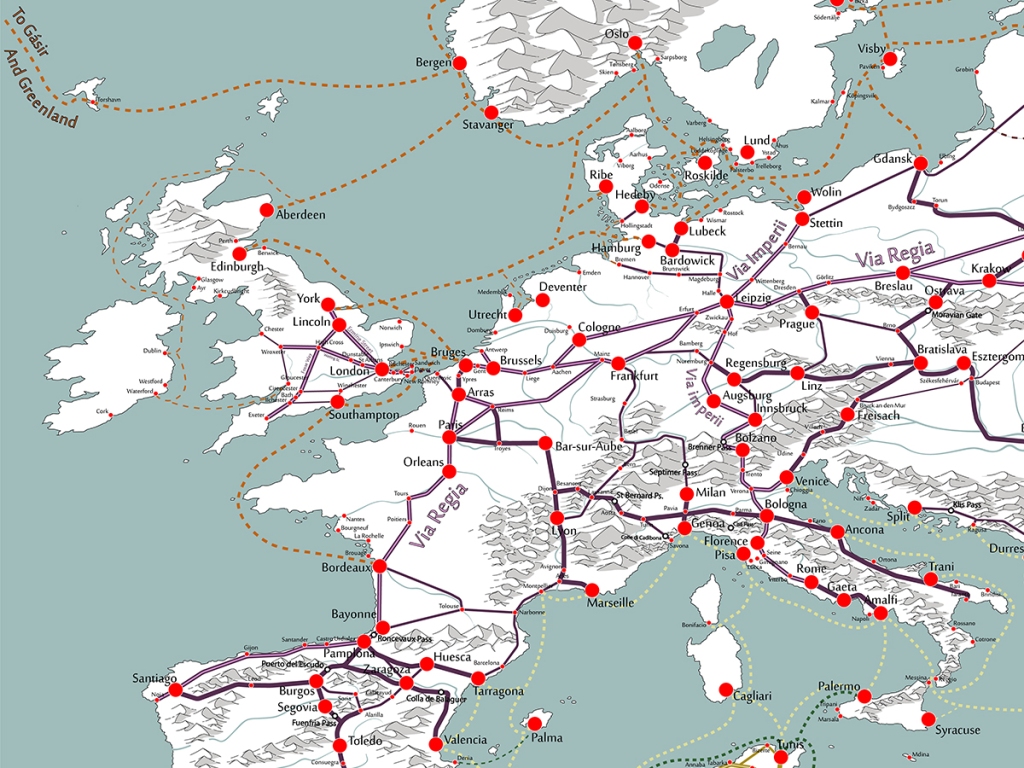 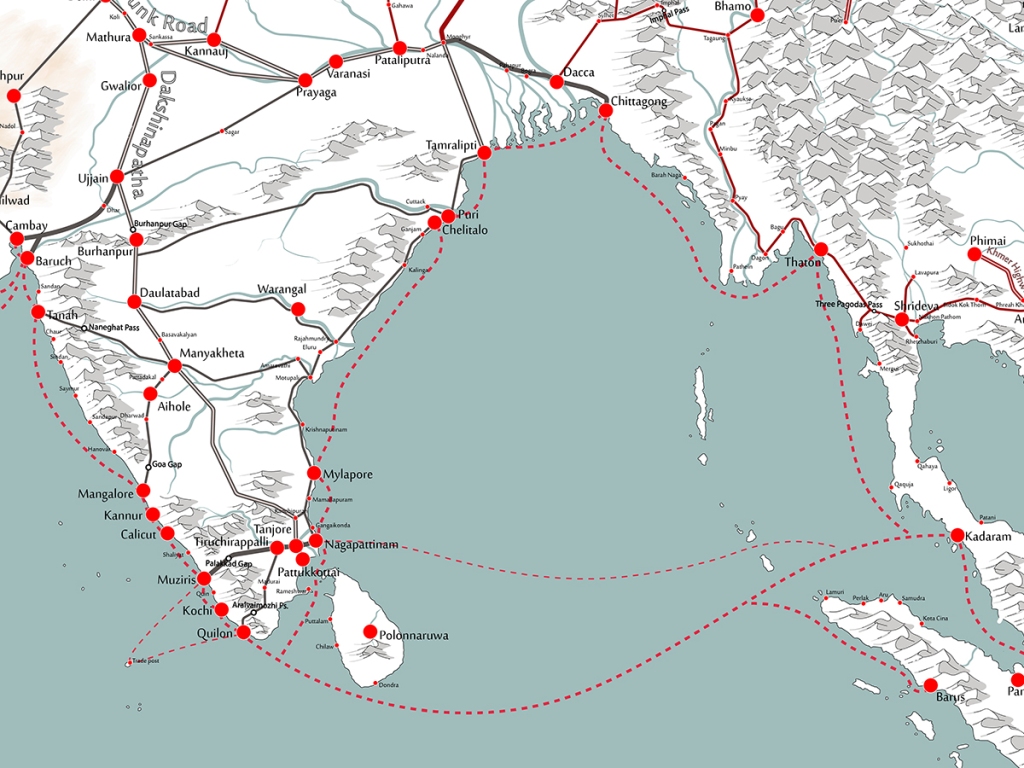 The Silk Road is not just one, but many roads that leads through all of Asia, from Constantinople in the west, through Central Asia and the Himalayas, to Liangzhou in the east. During this time, the Chinese Song dynasty was in its height and it was one of those Chinese dynasties that were open to foreign trade and invested in commerce and infrastructure. Foreign trade was mostly concentrated to the southern ports were both Jews and Muslims had their own communities. 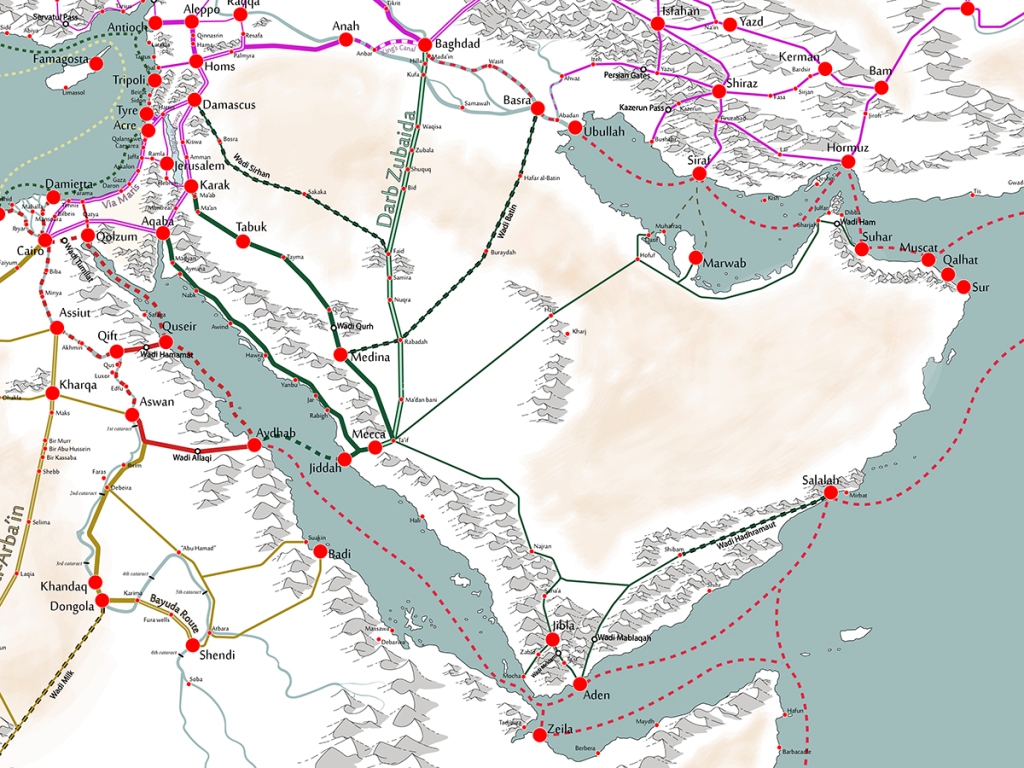 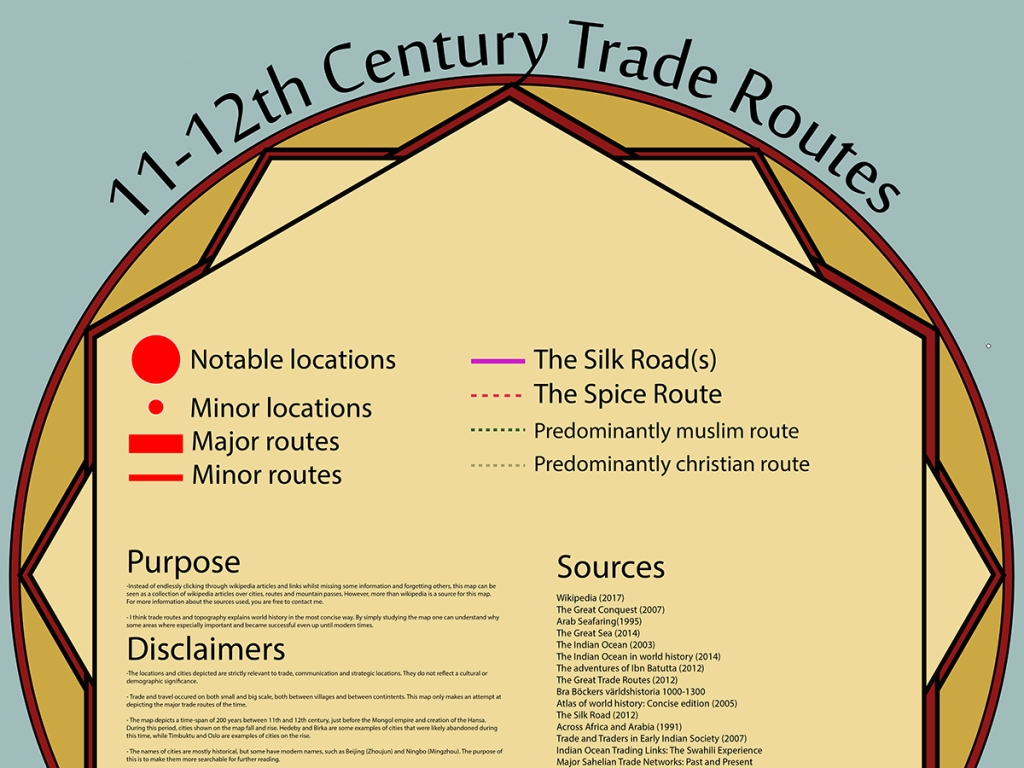 The high middle ages were a time when the stars aligned in terms of commerce for many areas of the world. In central Europe many German and French cities initiated annual trade fairs, some of which are still active today – most notably in Frankfurt.