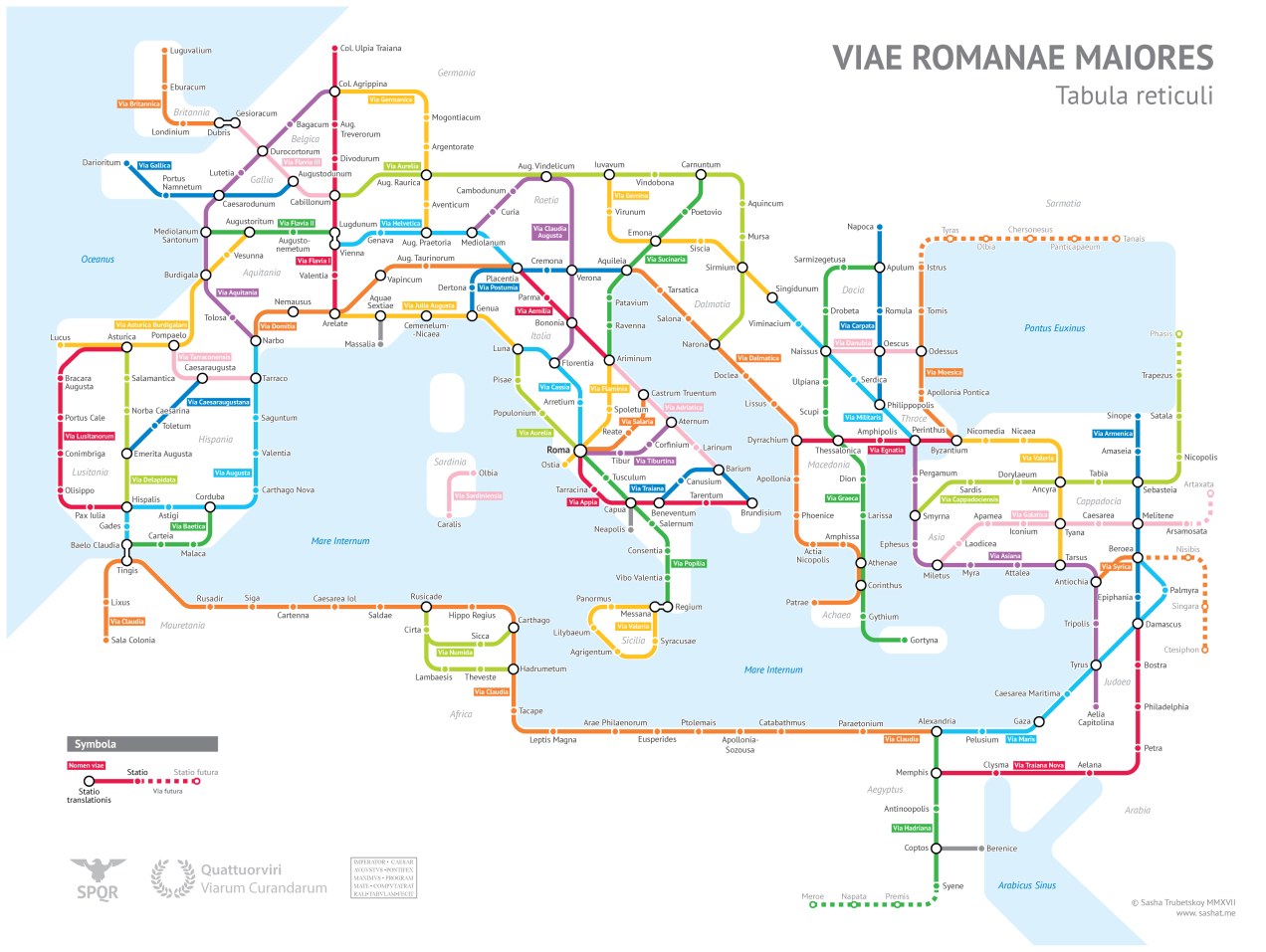 Sasha Trubetskoy: It’s finally done. A subway-style diagram of the major Roman roads, based on the Empire of ca. 125 AD.
Creating this required far more research than I had expected—there is not a single consistent source that was particularly good for this. Huge shoutout to: Stanford’s ORBIS model, The Pelagios Project, and the Antonine Itinerary.

I’m not a big fan of the ‘fantasy subway map’ genre, but it’s the research and real data that make this one special. I think I’m going to order the PDF to print my own! (via kottke)

“As a geography and data nerd, I make maps in my free time, inspired by the world around me – whatever happens to be on my mind. Every now and then a map of mine becomes popular and gets publicity; those interested can see my work or get in touch through this website.” — Sasha Trubetskoy