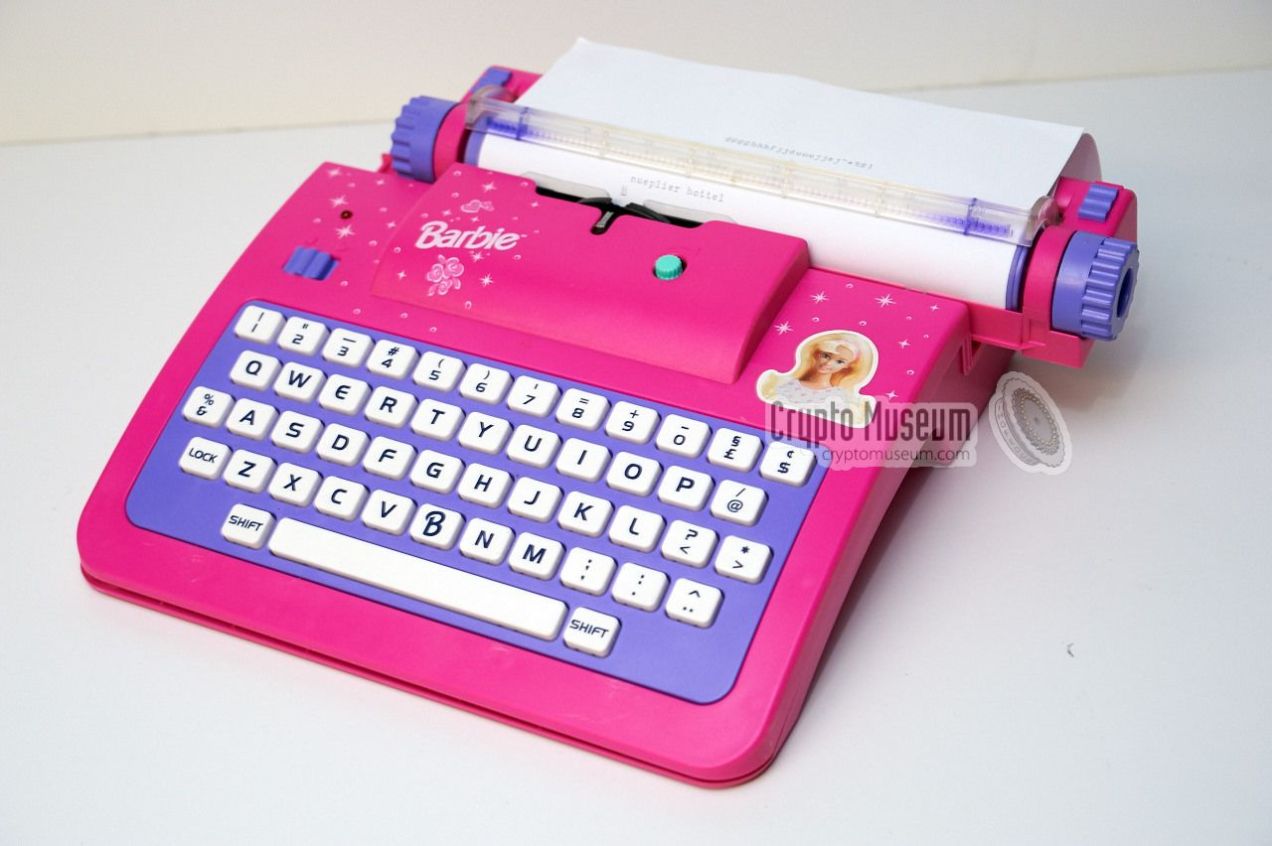 The Barbie Typewriters are low-cost electronic typewriters developed as a children’s toy by Mehano in Slovenia (formerly Yugoslavia) and sold worldwide by Mattel.

Crypto Museum: Apart from a range of typesetting features, such as letter-spacing and underline, this children’s toy was capable of encoding and decoding secret messages, using one of 4 built-in cipher modes. These modes were activated by entering a special key sequence on the keyboard, and was explained only in the original documentation.

When the E-115 was adopted by Mattel as an addition to the Barbie™ product line, it was aimed mainly at girls with a minimum age of 5 years. For this reason the product was given a pink-and-purple case and the Barbie logo and image were printed on the body. As it was probably thought that secret writing would not appeal to girls, the coding/decoding facilities were omitted from the manual. Nevertheless, these facilities can still be accessed if you know how to activate them. 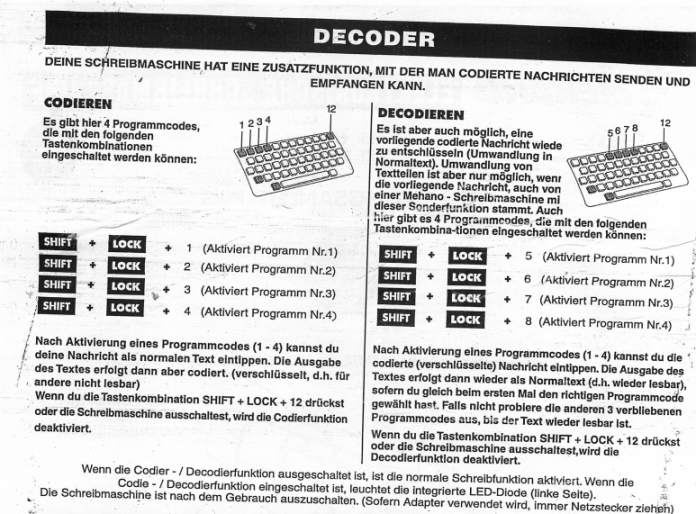