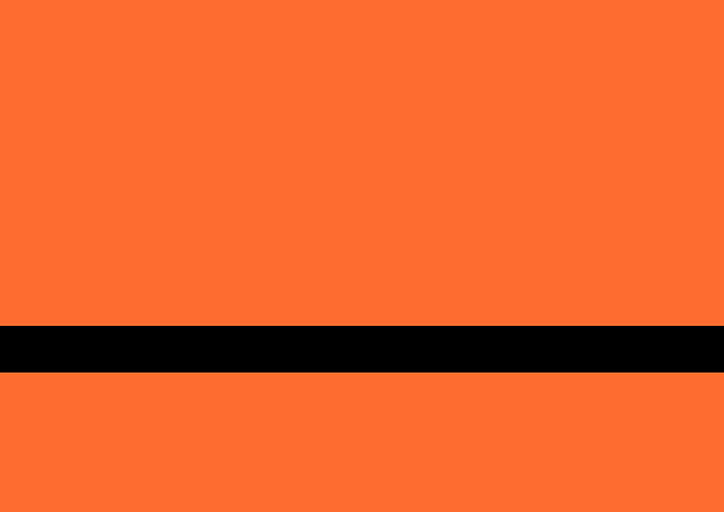 The Refugee Nation Olympic flag was inspired by a lifejacket: The official flag for The Refugee Nation, a team of ten refugees currently competing in the Rio Olympics, draws its colour scheme and design from lifejackets. Designed by Syrian artist and refugee Yara Said, the flag is a vivid orange with a single black stripe.

“A black and orange (colors of the life vests) is a symbol of solidarity for all those who crossed the sea in search of a new country. I myself wore one, which is why I so identify with these colors—and these people.”
Yara Said