Follow @Sockrotation
The Freewrite ‘smart typewriter’ with an e-ink display.
A “distraction-free tool for writing composition.”

Boing Boing: The $500 price is high, and driven by the device’s high-spec manufacturing: the full-sized mechanical keyboard’s kitted out with Cherry MX switches, and the body of the device is machined aluminum. It weighs four pounds and you carry it by pulling out a recessed handle. 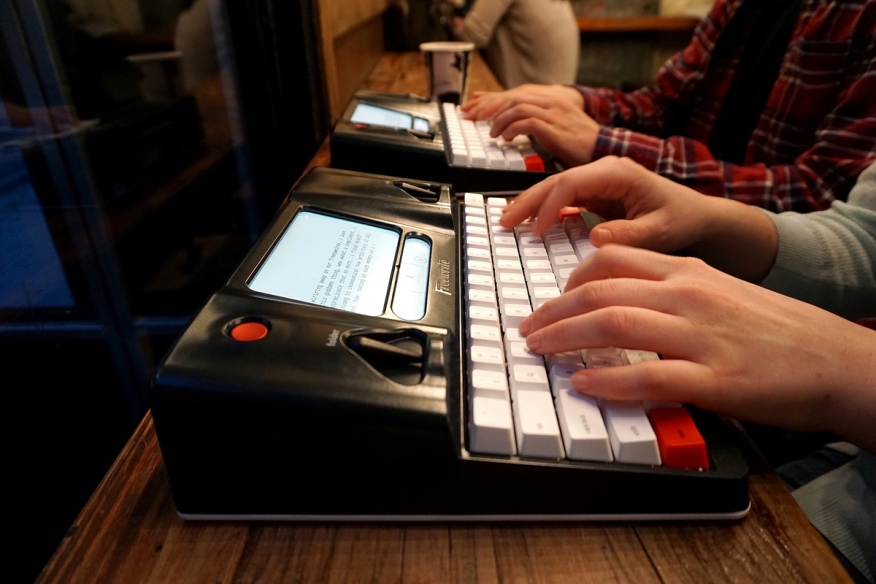 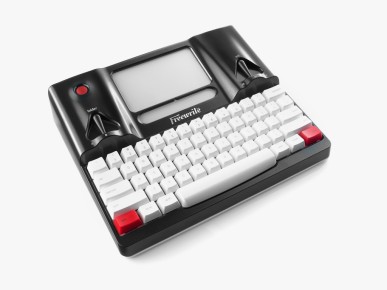 The Freewrite originally launched on Kickstarter (as the ‘Hemingwrite’) and is currently at a special promotional price.

TechCrunch: The FreeWrite will be available today for a 24-hour flash sale at $449, after which the price will increase to $499 through March, with a final MSRP of $549. Shipments will begin this March.

Wired: Freewrite weighs four pounds—about halfway between the weight of the 13- and 15-inch MacBook Pro. But you won’t need to bring the Freewrite’s charger to the coffee shop, because get this: It gets more than four weeks worth of battery life from a single charge.

“We are quickly seeing people becoming more disenchanted than ever with the nag of constant consumption,” explains Adam Leeb, cofounder of Freewrite manufacturer Astrohaus. “Everyone, particularly the millennial generation, understands that we now have to fight for our own attention from the outside world. Instead of allowing it to be a general purpose computer, we focused on one purpose, making the best possible writing experience.” — Wired