Unica is not a “redesign” of Helvetica, but a great typeface in its own right. http://t.co/gDuAetBeYk … #fonts @Monotype @FontShop

Neue Haas Unica is Monotype’s revival of a typeface that has attained almost mythical status in the type community. Unica was an attempt to create the ultimate sans-serif – a hybrid of Helvetica, Univers and Akzidenz Grotesk. 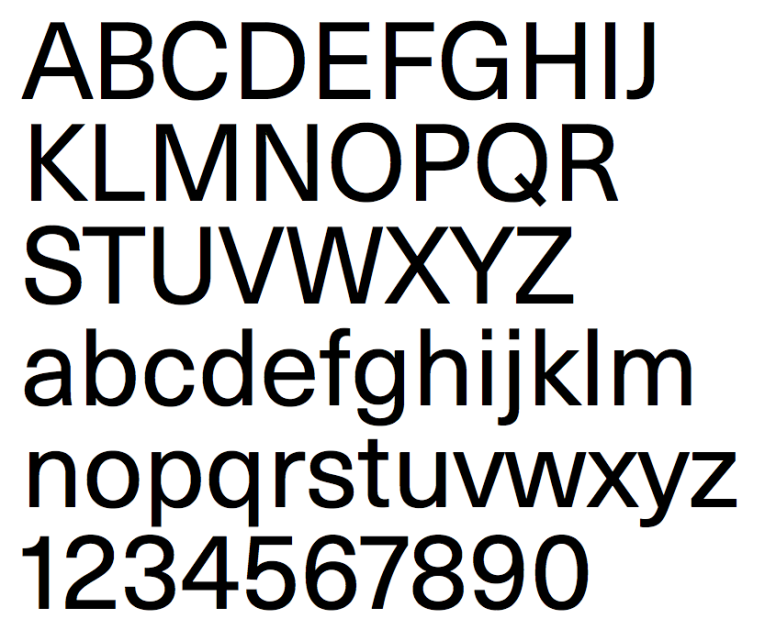 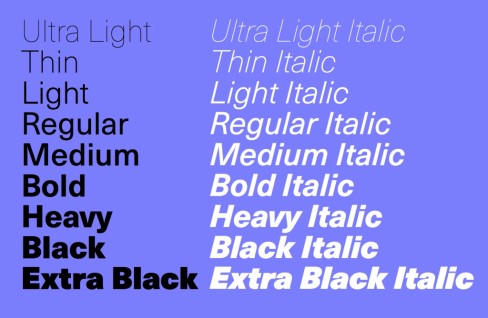 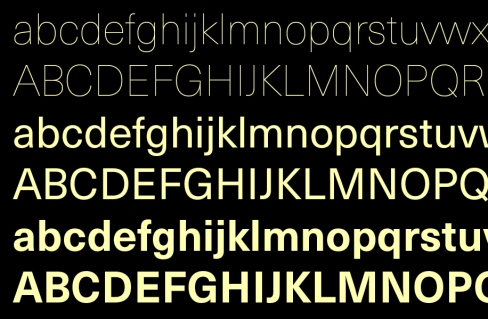 “People knew about Unica. But since it wasn’t widely available, a lot of people did not have a chance to work with it and see if it was as good as the legend that had grown up around it. It really was this sort of lost treasure.”
Dan Rhatigan, Monotype type director 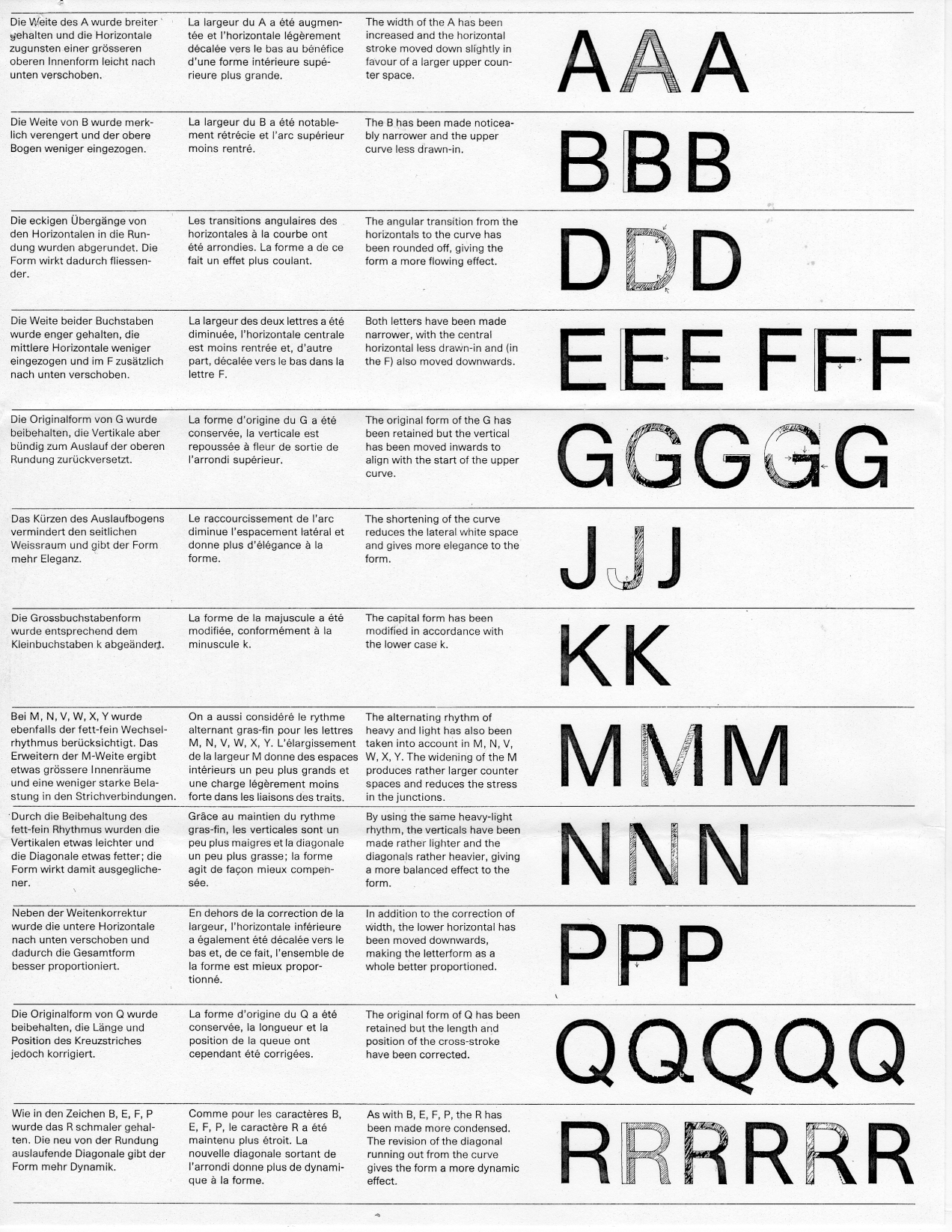 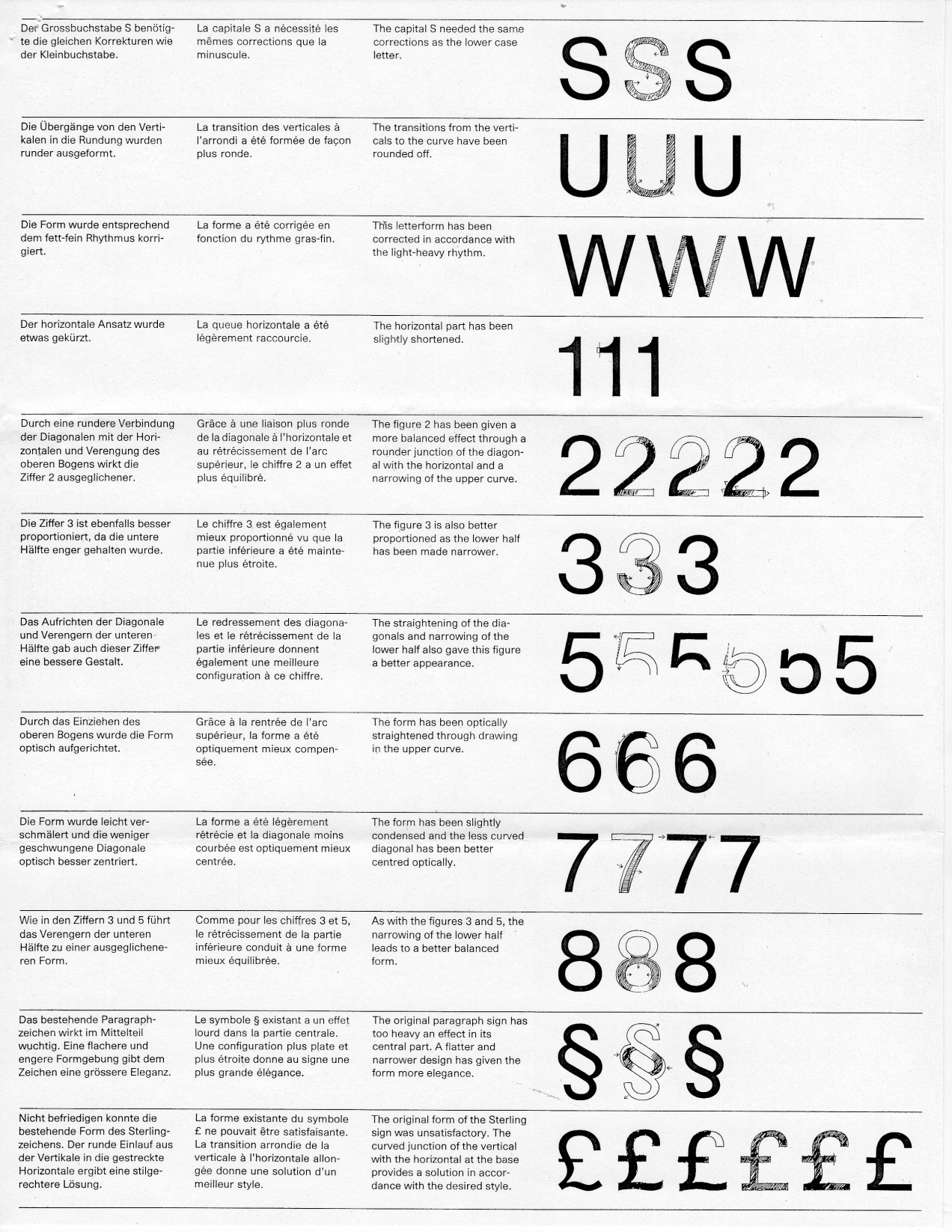 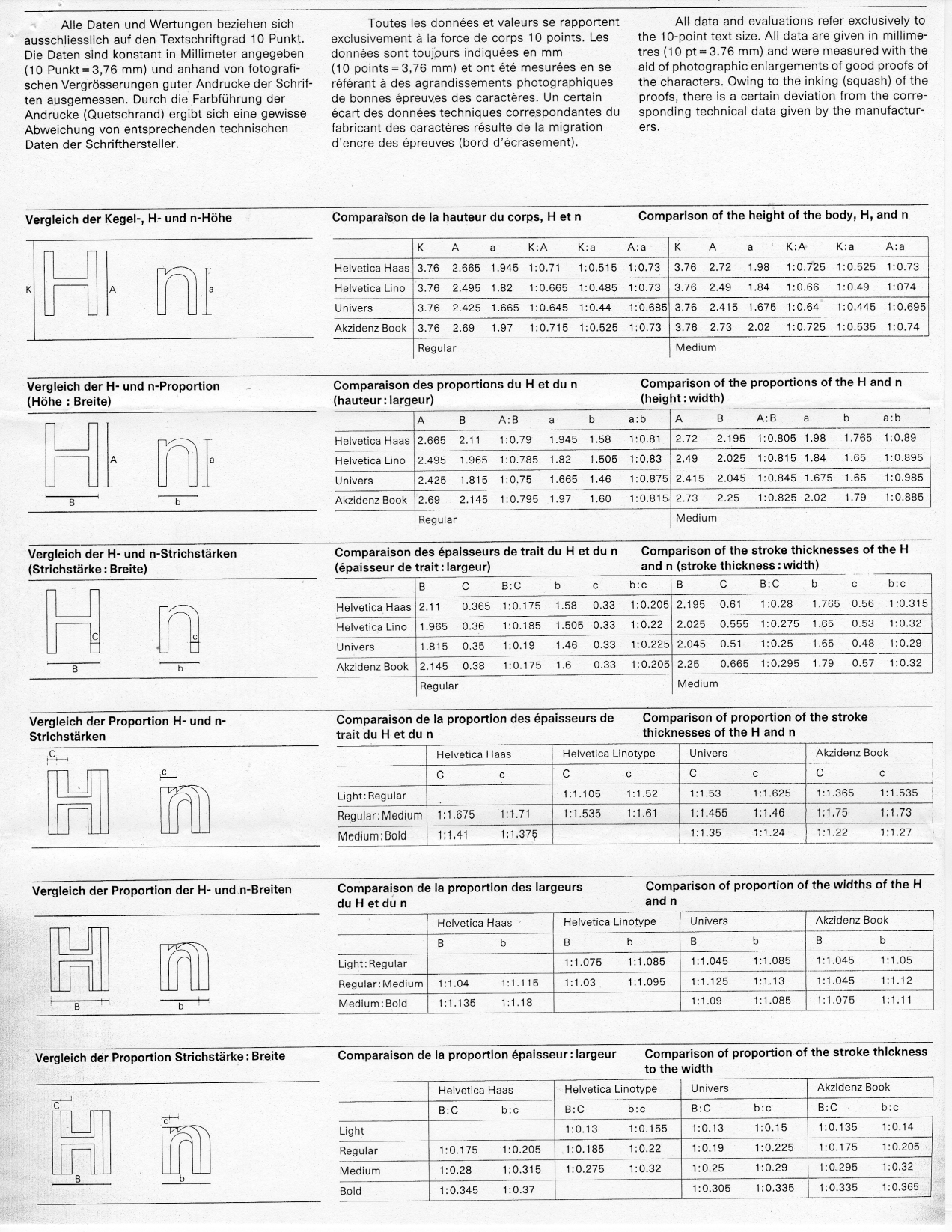 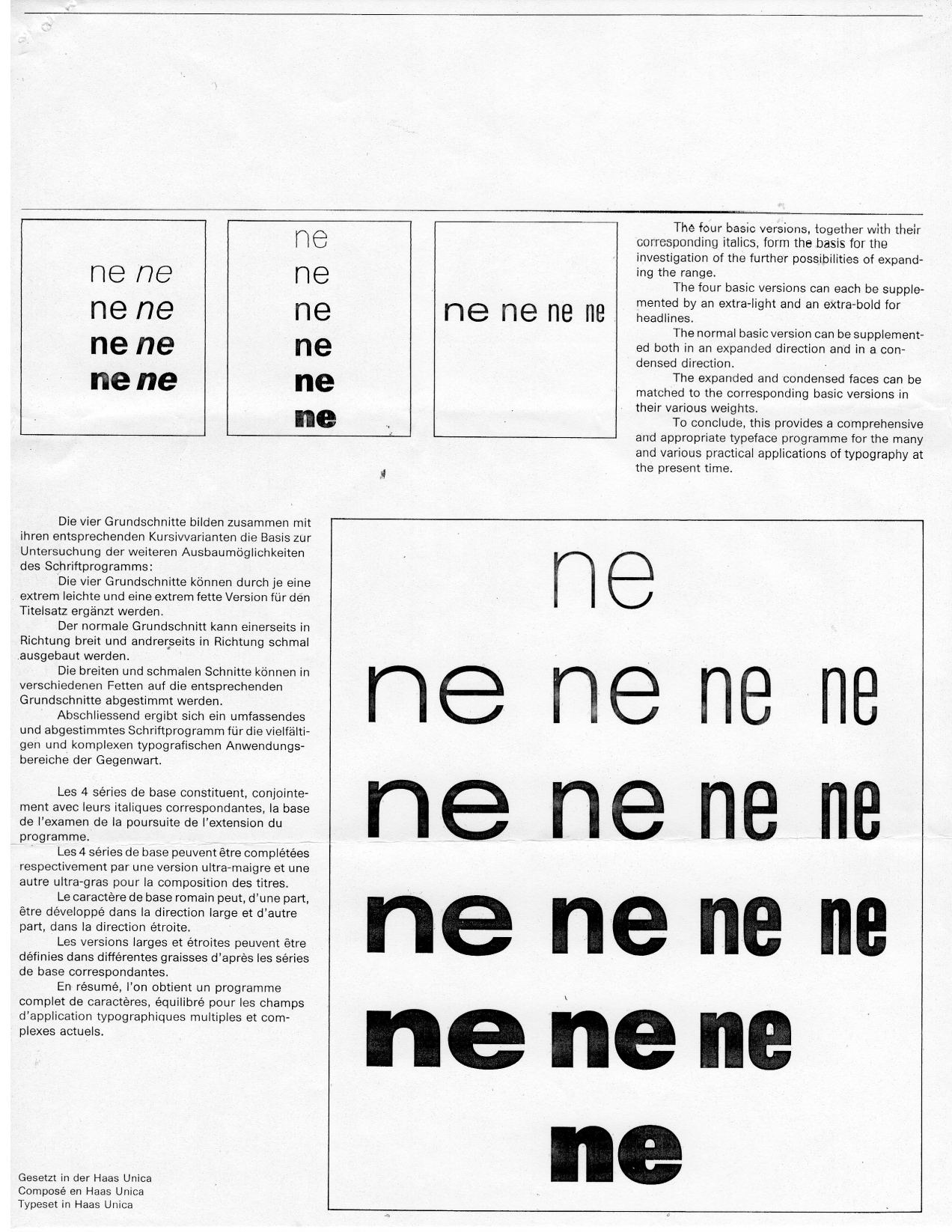 This is the promotional publication by Team’77, outlining the strategy and realization of Haas Unica. In 1980, Team’77 (consisting of André Gürtler, Erich Gschwind and Christian Mengelt) set out to ‘correct’ common issues found in the grotesk typefaces at the time, including Helvetica.

I’m fascinated by these alternate takes on Helvetica, like Neue Haas Grotesk and Aktiv Grotesk. 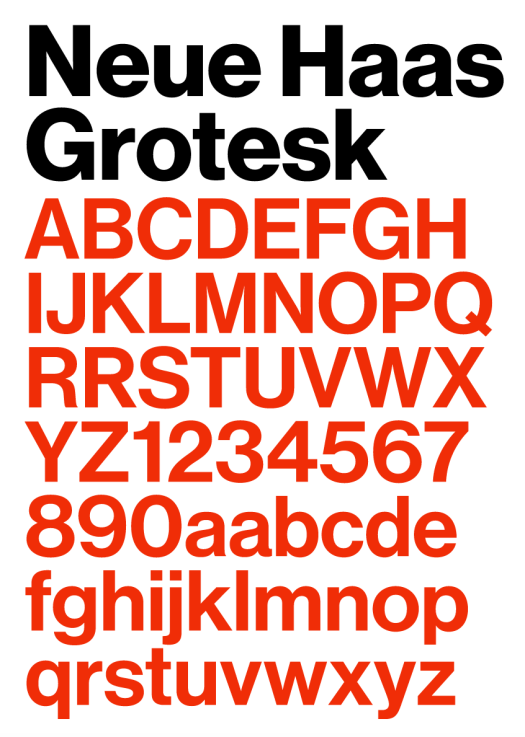 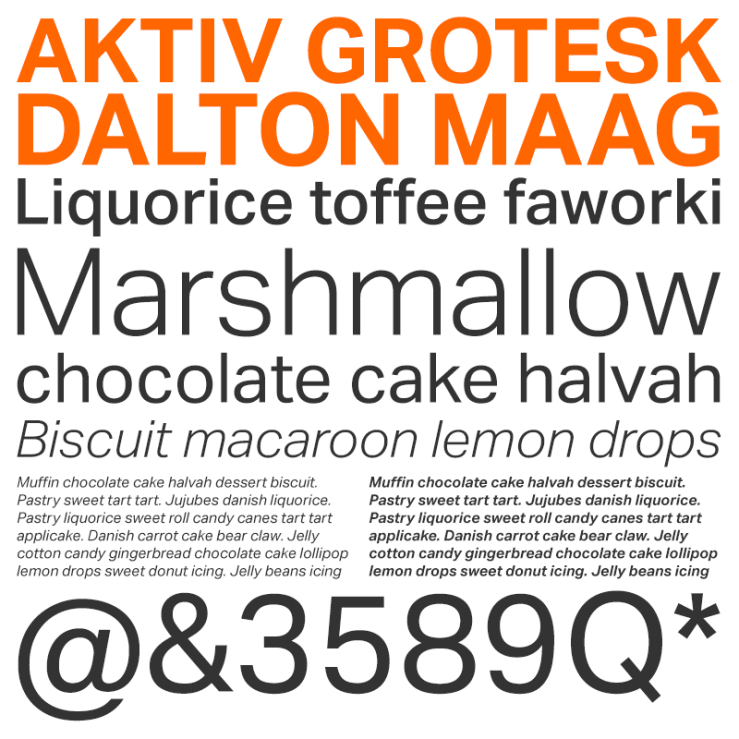 Originally released in 1980 by the Haas Type Foundry for phototypesetting technology of the day, the design was never successfully updated for today’s digital environments – until now. Toshi Omagari of the Monotype Studio has given this classic a fresh, digital facelift with more weights, more languages and more letters to meet today’s digital and print needs. — myfonts.com