More Americans came into contact with maps during the Second World War than in any previous moment in American history. War has perennially driven interest in geography, but World War Two was different. The urgency of the war, coupled with the advent of aviation, fuelled the demand not just for more but different maps.

The most important innovator to step into this breach was actually not a cartographer at all, but an artist. Beginning in the late 1930s, Richard Edes Harrison drew a series of elegant and gripping images of a world at war, and in the process persuaded the public that aviation and war really had fundamentally disrupted the nature of geography. 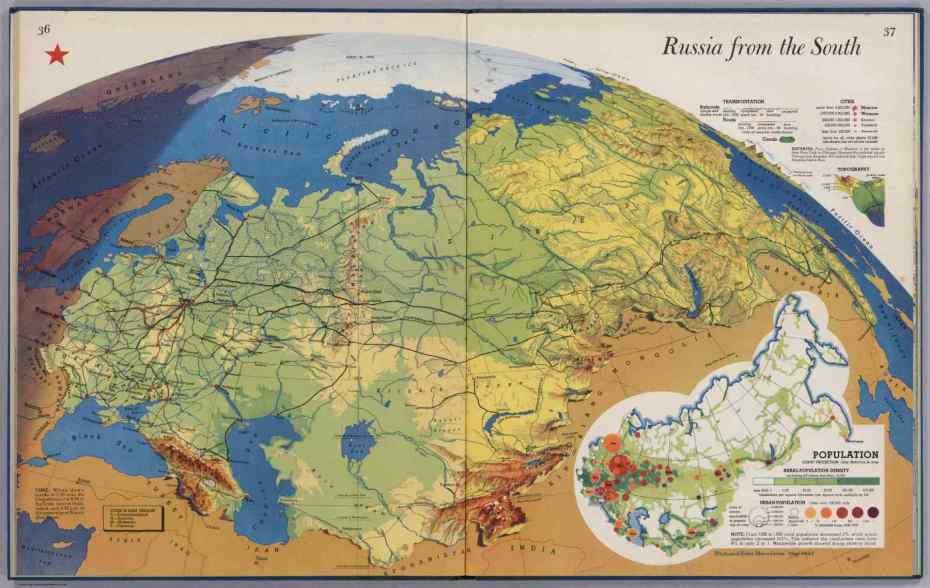 The most powerful of these images anticipated the perspective of Google Earth.
Susan Schulten – New Republic

‘Harrison’s most notable legacy was a series of colorful and sometimes disorienting pictures (not quite maps) that emphasized relationships between cities, nations, and continents at the heart of the war. These maps were published in Fortune, then issued in an atlas that became an instant bestseller in 1944.’