Retronaut: A vivid colour photograph of New York from 1944. 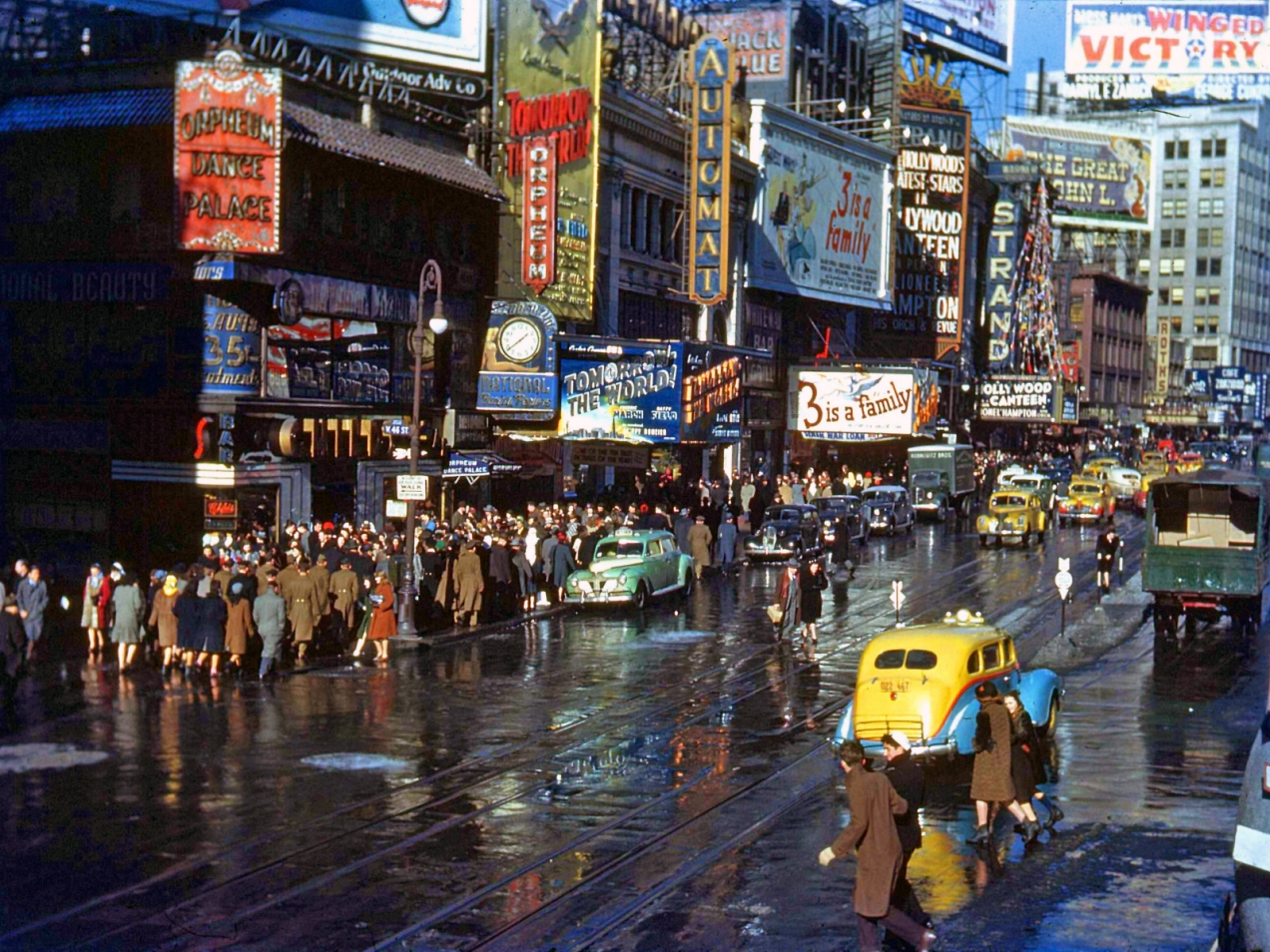 The various billboards splashed with film titles – Tomorrow the World, 3 is a Family, Winged Victory – are all films released in late 1944. Notice the sign for the Orpheum Dance Palace; it was once New York’s most famous “dime-a-dance” hall. The famous New York City taxi cabs can be seen here in their two-tone Chevrolet/Deseto phase.

It looks almost like a contemporary photograph from a movie set or something.

I don’t know if it’s a factor of me getting older, or something else, but I’m only recently looking at old photographs (and paintings) of people and places and starting to see them as real. It’s not that I didn’t believe in history, just that I never really related to it. They may say that the past is a foreign country, but to me it has always felt much more distant than that.

‘Winged Victory’ was a film that was co-produced by 20th Century Fox and the U.S. Army Air Forces to act as a rousing military propaganda piece encouraging people to join the war effort. On the sidewalk a group of soldiers in long khaki coats enjoy Times Sq. on their leave.