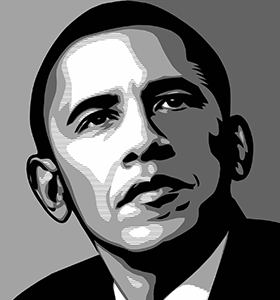 GlobalPost goes inside the United States to uncover the regime’s dramatic descent into authoritarian rule and how the opposition plans to fight back.

BOSTON, Mass. — Human rights activists say revelations that the US regime has expanded its domestic surveillance program to private phone carriers is more evidence of the North American country’s pivot toward authoritarianism.

The Guardian, a British newspaper, reported this week that a wing of the country’s feared intelligence and security apparatus ordered major telecommunications companies to hand over data on phone calls made by private citizens.

Over the last decade, the United States has passed a series of emergency laws that give security forces sweeping powers to combat “terrorism.” But foreign observers say the authorities abuse those laws, using them instead to monitor ordinary Americans.

On a recent visit to the United States by GlobalPost, signs of the increased security apparatus could be found everywhere.

At all national airports, passengers are now forced to undergo full-body scans before boarding any flights. Small cameras are perched on many street corners, recording the movements and actions of the public. And incessant warnings on public transportation systems encourage citizens to report any “suspicious activity” to authorities.

“What exactly is terrorism? The term is used so loosely these days it could include just about anyone,” said one anti-government protester, who was tear-gassed and then arrested in 2011 for participating in a peaceful demonstration in New York, America’s largest city and its economic capital.
Peter Gelling, Inside the United States

Update: Perhaps tellingly, when I posted this WordPress suggested some more tags, including ‘libya’ and ‘middle-east’. 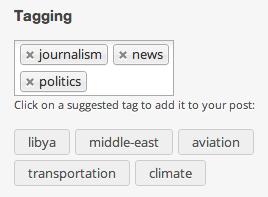